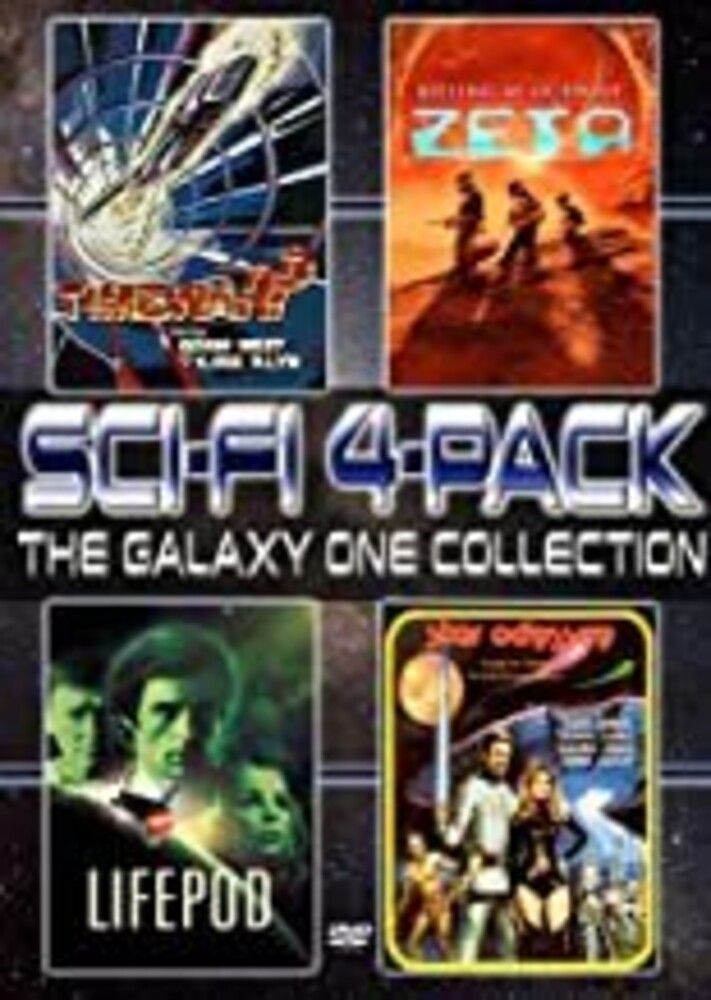 This is a great value for all sci-fi fans, 4 movies for the price of 1! Featuring: TIMEWARP (1981), LIFE POD (1981), STAR ODYSSEY (1979), and THE KILLING AT OUTPOST ZETA (1980)!Time Warp: An astronaut comes home to his family, only now he's invisible and one year in the future. Starring: Adam West, Gretchen Corbett and Kirk Alyn. Directed by: Bob Emenegger, Allan Sandler.Lifepod: An interstellar pleasure cruise turns into a nightmare when a computer takes control and issues an emergency evacuation order. The lives of the passengers are suspended in an overcrowded life pod as a classic battle of good versus evil takes place on the luxury ship. Sarring Joe Penny, Jordan Michaels, Kristine de Bell. Directed by Bruce Bryant.Star Odyssey: Earth is attacked by an intergalactic villain and his army of robotic androids. Starring: Yanti Somer, Gianni Garko. Directed by: Al Bradley.Outpost Zeta is a strategically important, desolate planet at the edge of the Milky Wal. Several spaceships sent to Zeta have disappeared without a trace, so a group of soldiers and scientists are to find out what happened. What they find are the bodies of the earlier crews and a bunch of aliens who appear as volcanic rock monsters. Starring: Gordon de Vol, Jacqueline Ray, Jackson Bostwick. Directed by Robert Emenegger & Allan Sandler