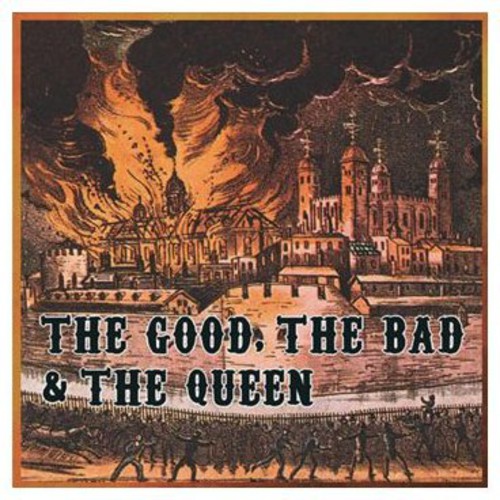 This Project Began in 2004 When Damon Albarn and Simon Tong Travelled to Nigeria to Record with Afrobeat Pioneer Tony Allen. Much Later, Albarn Gave the Tapes to Producer Brian "Danger Mouse" Burton and his Attitude Changed, Feeling Like He Would Just Write the Songs but Not Sing. Danger Mouse Helped Gel the Project and Albarn Just Wanted to Write Tales of West London. The Final Collaborator was Clash Bassist Paul Simonon, Whose Presence Changed the Whole Dynamic. The Result is a Record that Traces a Journey from the English Music Hall Tradition Over to West Africa for Afrobeat, Zigzagging Through the West Indies and Its Reggae and Dub, Back to England and London's Punk Scene, all the While Taking in a Strand of British Beat Music from the '50s Right Through to Britpop. A Very English Record, the Title Refers to a Saying in the Area that is Another Way of Saying "This is About Today, this is About the Present". A Heartfelt Tribute to London.