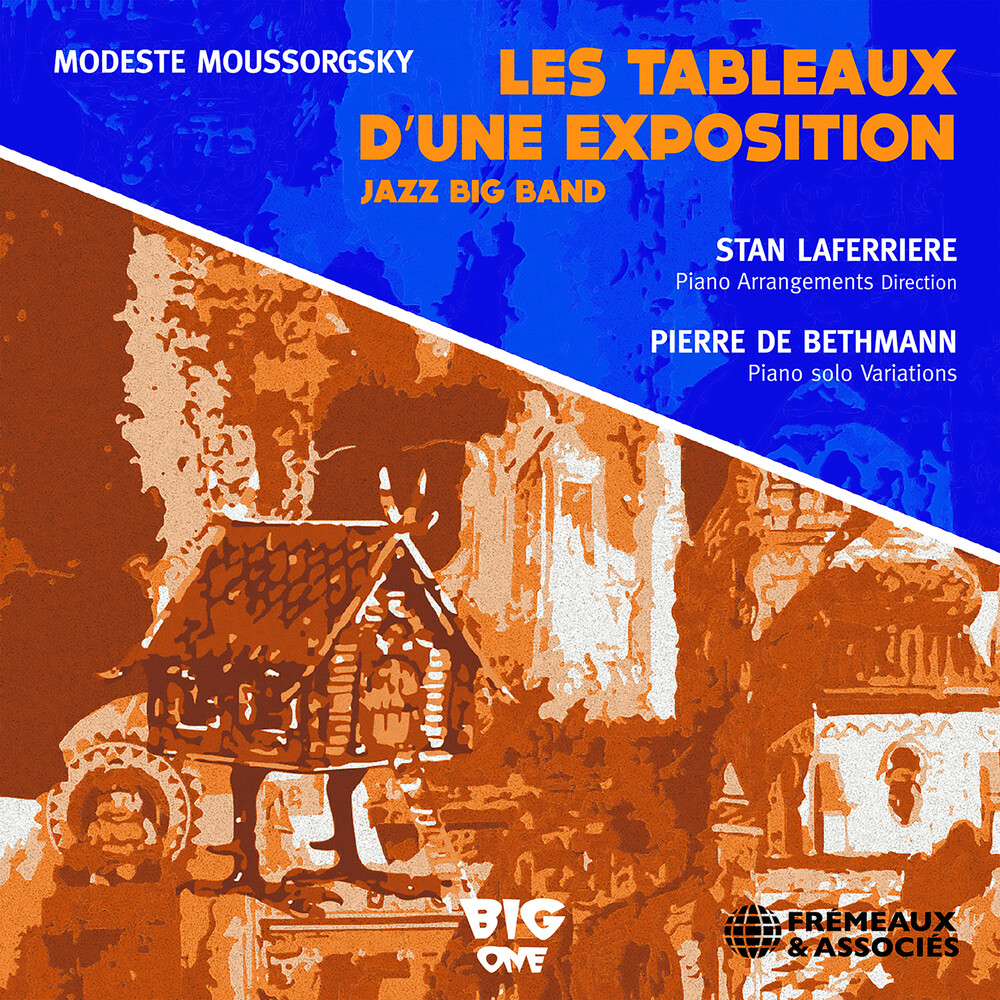 After delivering a magnificent history of orchestral jazz with their previous opus (Big One), Stan LaferriĂ¨re and his big band have now produced an adaptation of Modest Mussorgsky's famous Pictures at an Exhibition, an essential work in the music of 19th century Russia. And his guest here, Pierre de Bethmann, takes the opportunity to show his own artistry by inserting subtle variations as a counterpoint to the orchestra's own discourse. This jazz version of Pictures concocted by LaferriĂ¨re (almost 100 years after the unavoidable adaptation by Maurice Ravel), gives Mussorgsky's work a sparkling treatment: it shows exactly why this is one of the most appreciated, most often played pieces in the world's repertoire, and not only where jazz and classics fans are concerned.