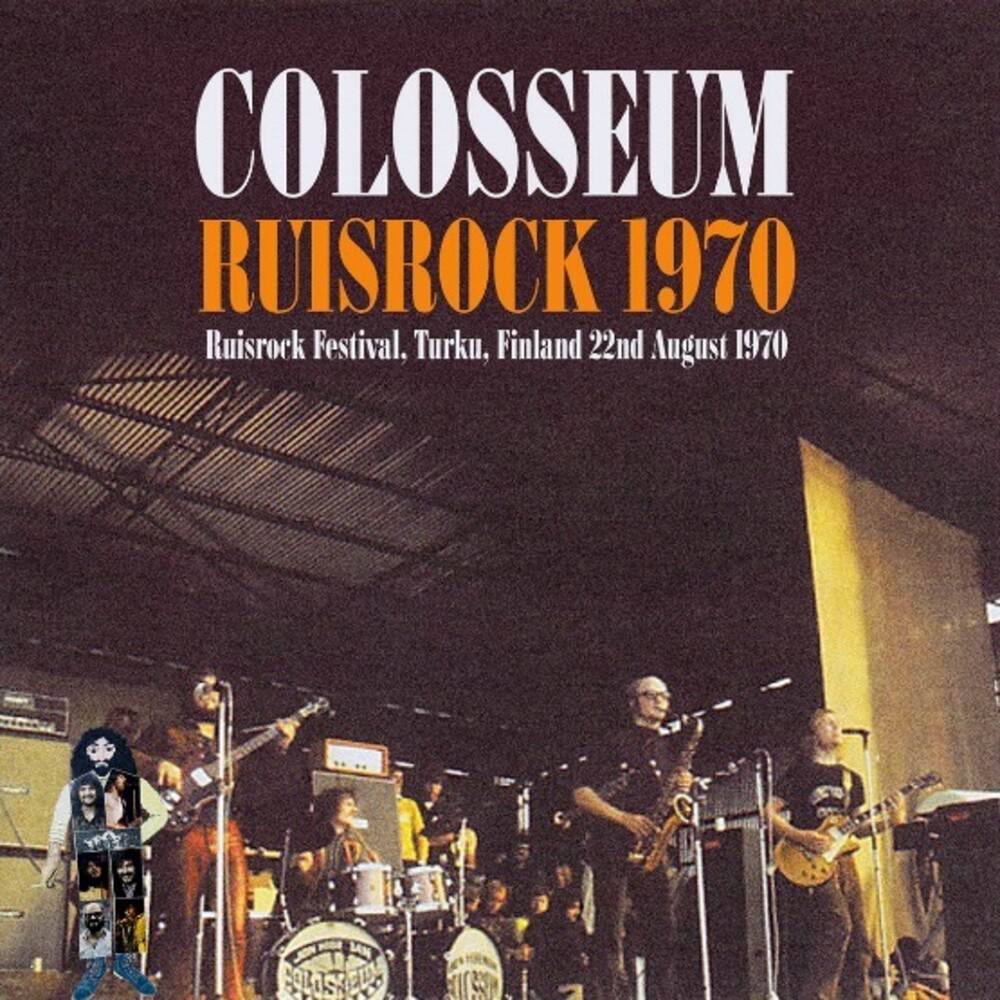 First time officially released on CD. Restored and remastered by EROC. Total playing time 50. 32. 12-page booklet. Liner Notes by Chris Welch. One of the biggest festivals to welcome Colosseum to it's site in a national park on the picturesque island of Ruissalo. The band had been refreshed by personnel changes; Dave 'Clem' Clempson had arrived on lead guitar and vocals, while Mark Clarke took over from Tony Reeves as bass guitarist and added his vocals. Keyboardist Dave Greenslade's memories are included in extensive liner notes along with details of all the songs and performances, notably a rousing 'Rope Ladder To The Moon,' 'The Machine Demands A Sacrifice' complete with Jon Hiseman drum solo, Clem's vocals unveiled on 'Down Hill And Shadows,' 'Lost Angeles' and an explosive 'Walking In The Park. '