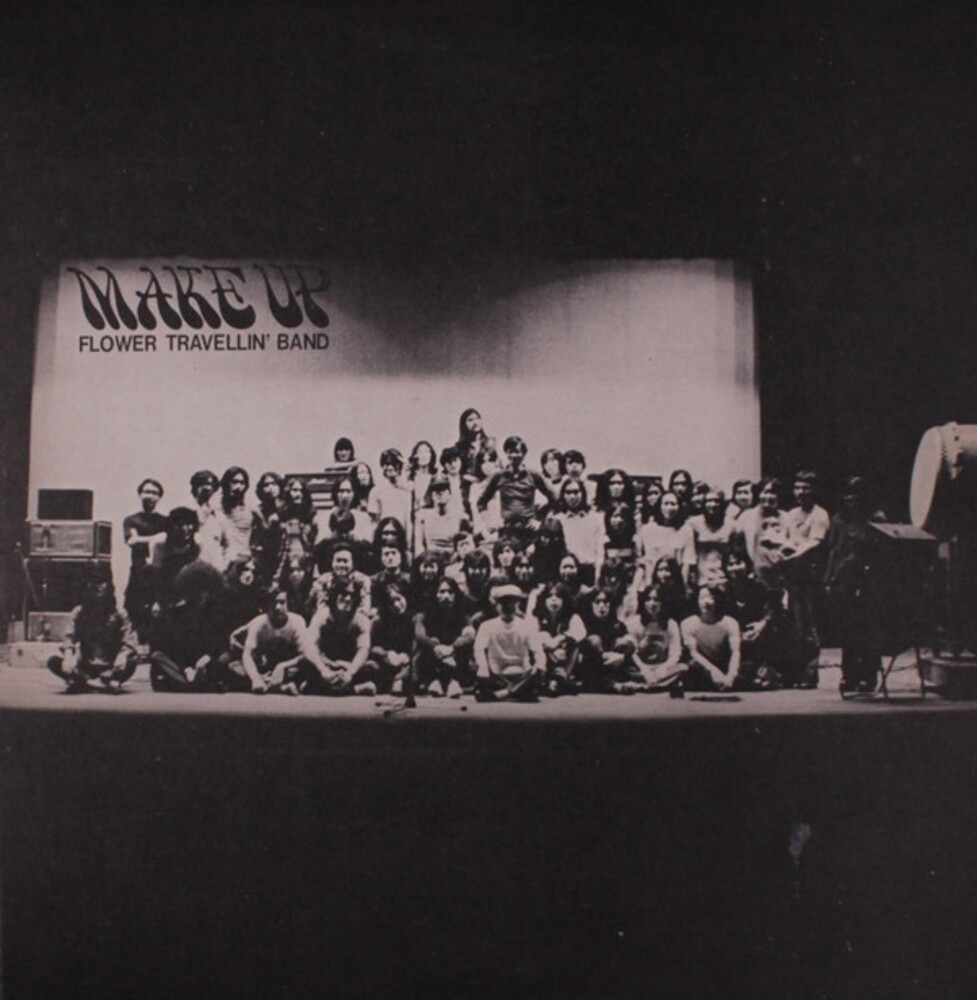 Make Up is the fourth album by Japanese rock band Flower Travellin' Band, released in 1973, featuring both live and studio recordings. After returning from Canada, Flower Travellin' Band began the recordings of a new effort. The mix of live and studio recordings was planned from the beginning. So they tried acoustic pieces and experimented with material that would be hard to reproduce live. Growing as a band and as individuals, more individual contributions were made. Tracks 1, 2, 5, 7 and 8 were recorded live at Yokosuka Bunka Kaikan in Yokosuka on September 16, 1972, while track 9 is a live studio recording. The band's founder and producer Yuya Uchida provides guest vocals on "Blue Suede Shoes"