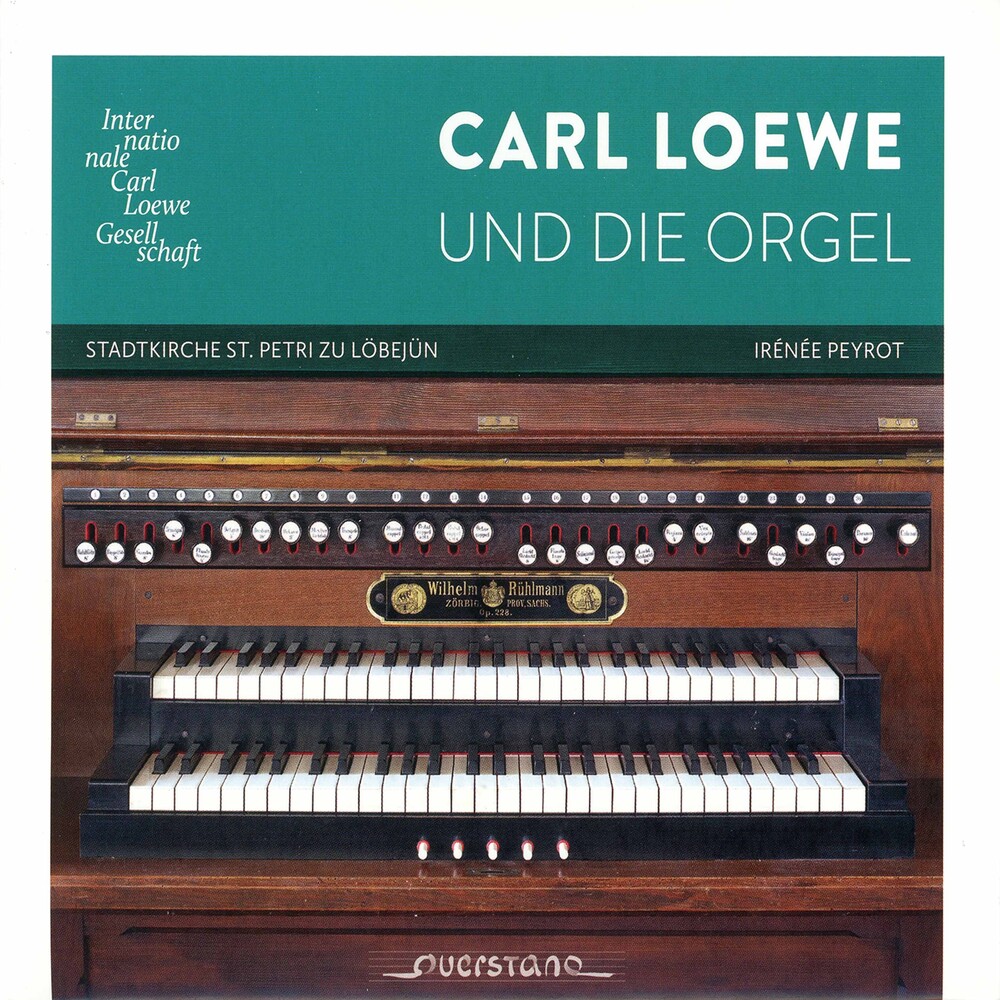 Carl Loewe and the organ - this combination may astonish many music lovers today since Loewe is known almost exclusively as the master of the ballad. For several decades now, however, musicians and musicologists have endeavored in a variety of ways to examine the breadth of Loewe's work and influence. Organ, organ playing, and organ music have not left many visible and audible traces in his oeuvre although he already started to play the organ in his childhood and was recognized as an excellent organist in his long-standing tenure as Music Director of the town Stettin and Cantor and Organist at St. Jacob's Church there. The present recording - initiated by the International Carl Loewe Society - includes, in addition to several original organ works, arrangements of piano music, ballads, and choral movements from oratorios. The organ in the town church St. Petri in Löbejün, Loewe's native town, was built in 1901 by the renowned organ builder Wilhelm Rühlmann from Zörbig (Opus 228). It stands on the west gallery and is designed as a pneumatic organ with 22 stops on two manuals and a pedal. It is the successor of the organ built by David Beck in 1591, where Carl Loewe received his first organ lessons from his father. The Rühlmann Organ with it's warm, fundamental sound and it's orientation towards the late romantic sound ideal would have been a feast for the ears of the romantic Carl Loewe. The organist on the release at hand is Irénée Peyrot, Cantor and Organist at the Market Church in Halle, not far away from Löbejün. He also was responsible for the organ arrangements of the other Loewe works.