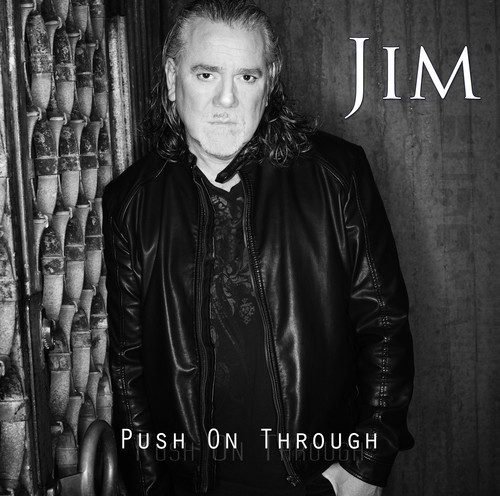 2017 release, the sixth solo album from the Alien vocalist. Push On Through is a heavier record than the previous ones. It still has the mark of AOR to it, but also a straight hard rock feeling at times. Producer Daniel Flores, who had a vision for this album, really nails that vision sound wise. Jim's voice is stronger than ever at 53, and here all his experience, feeling, heart and soul come together in a very powerful way. Jidhed was born 1963 in Gothenburg, Sweden. He began playing and singing around the age of 10, and formed his first real band when he was 12-13 years old. In 1982, at the age of 19, Jidhed released his first ever single with the band Glamour. The label was named Polar and the woman who signed the band was Marie Andersson, daughter of Stickan (ABBA) Andersson.