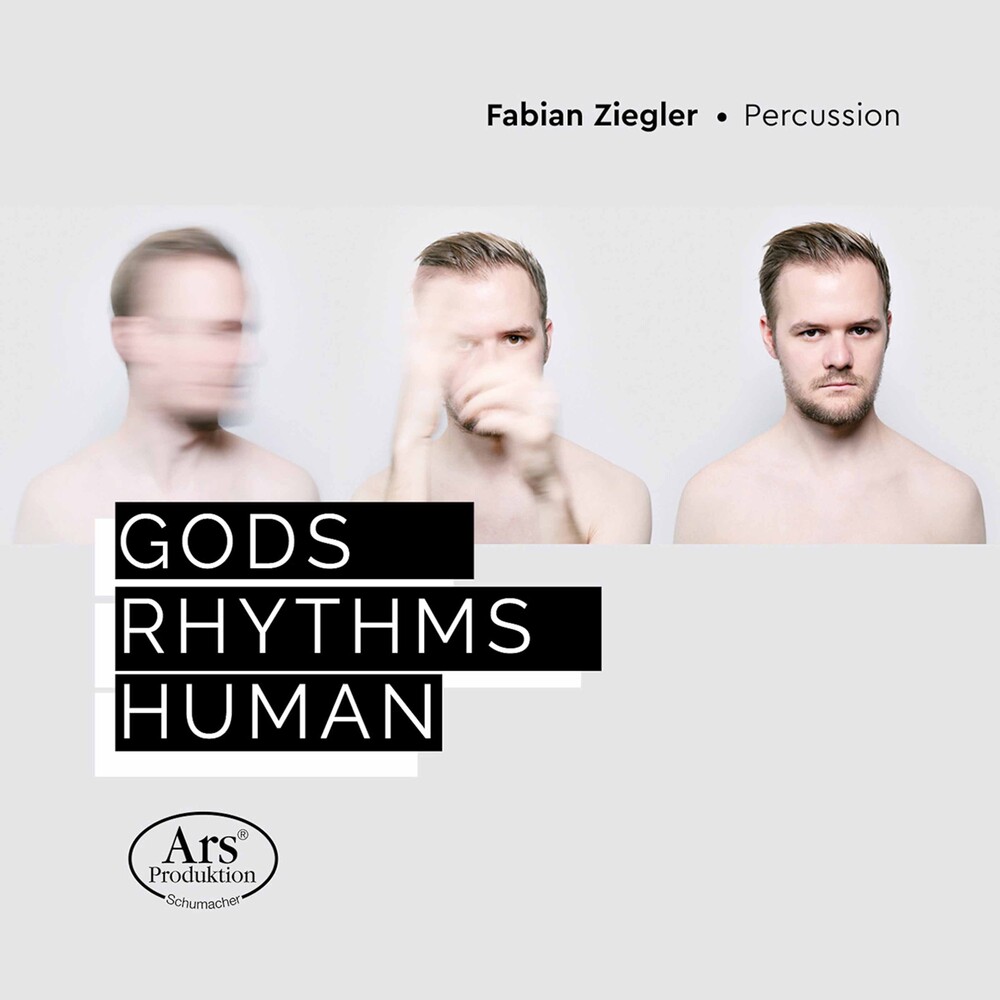 This production not only offers an impressive overview of the musical and technical skills of drummer Fabian Ziegler, but also makes clear where the musical focus lies. The title of the album Gods, Rhythms, Human came about through the recorded works, in which thematic echoes of ancient and modern Greece come to life again and again. The percussionist Fabian Ziegler is an unusually talented young musician. Judging by his numerous prizes and awards, it is already known that he brings something special to those who hear him. In the past few seasons there have been debuts with the Argovia Philharmonic, the Musikkollegium Winterthur and the Tonhalle Orchestra Zurich.