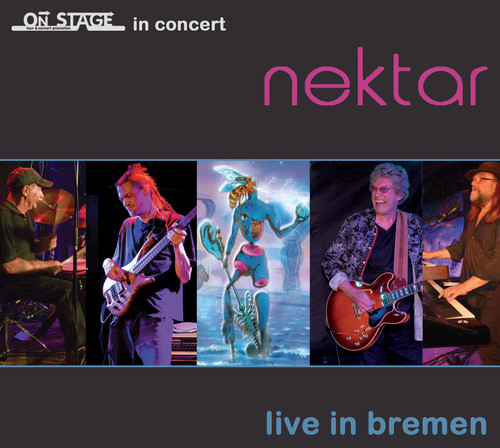 The last live recordings of Roye Albrighton In 1969, a band was formed that still is one of the most important and most famous progressive and art-rock formations in the world: Nektar. Founded by the Brits Roye Albrighton, Allan Freeman, Ron Howden and Derek Moore in Hamburg, the band quickly became world famous and turned into a legendary idol for other musicians at that time. Their terrific live performances have contributed to this reputation, which aside from elaborately created music also offered opulent light installation and slides projections. Even though the gentlemen in 1973 slightly self-ironically put the headline "NOT the number one German band in England but the number one English band in Germany" on one of their posters, they already were stars in all of Europe and the USA. The long-playing records "Remember The Future" and "Down To Earth" achieved gold status, to describe their tours as "well attended" would be a shameless understatement. But as life goes, after some ups and downs in the early 1980ies, the band broke up. Luckily not forever, because in 2001, Albrighton, Freeman and Ray Hardwick revived the band Nektar. And with enormous success until today, as many fans in the world can confirm. This triple vinyl albumt was recorded in 2015 at a concert hosted by the well known Meisenfrei Blues Club in Bremen, it is also the last concert of NEKTAR with it founder Roye Albrighton, who died on July 26, 2016 after a long illness. The edition of this outstanding album is limited to 500 copies!