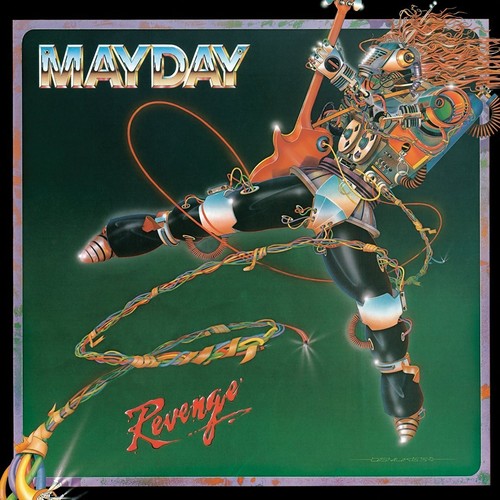 Digitally remastered edition including 12 page full color booklet that contains a 2,500 word essay, enhanced artwork, rare photos and new Interviews. New York City has, over the years, been home to a number of great rock acts, but during the early eighties it was fast losing ground to it's west coast geographical rival, Los Angeles. NYC, for all it's bravado, was actually more enamored by the burgeoning alternative and power pop scene, scratch below the surface though and you could find several hard rock acts storming through, sticking bravely to a diet of tough-guy guitar work and well written melodic songs. Step forward Mayday, one such example of the city's hard rock counter movement. Based in NYC, but with roots in Chicago, Mayday's debut album, for the well-respected independent label A&M, certainly put them on the map, helping to earmark them as an outfit to watch. The label's belief carried forward to the recording of their second album, albeit with a slightly revised line up but still retaining key member's, guitarist and song writer Randy Fredrix and vocalist Steve Johnstad - the dynamic duo's creativity reaching a new level of confidence. Issued in 1982, Revenge showcases the band sharpening their approach and toughening up their chops, but without sacrificing a well-honed sense of melody and execution. It's all credit to the band that some of the songs showcase quirky twists that help to elevate them beyond the competition and lend a contemporary sheen to their sound.