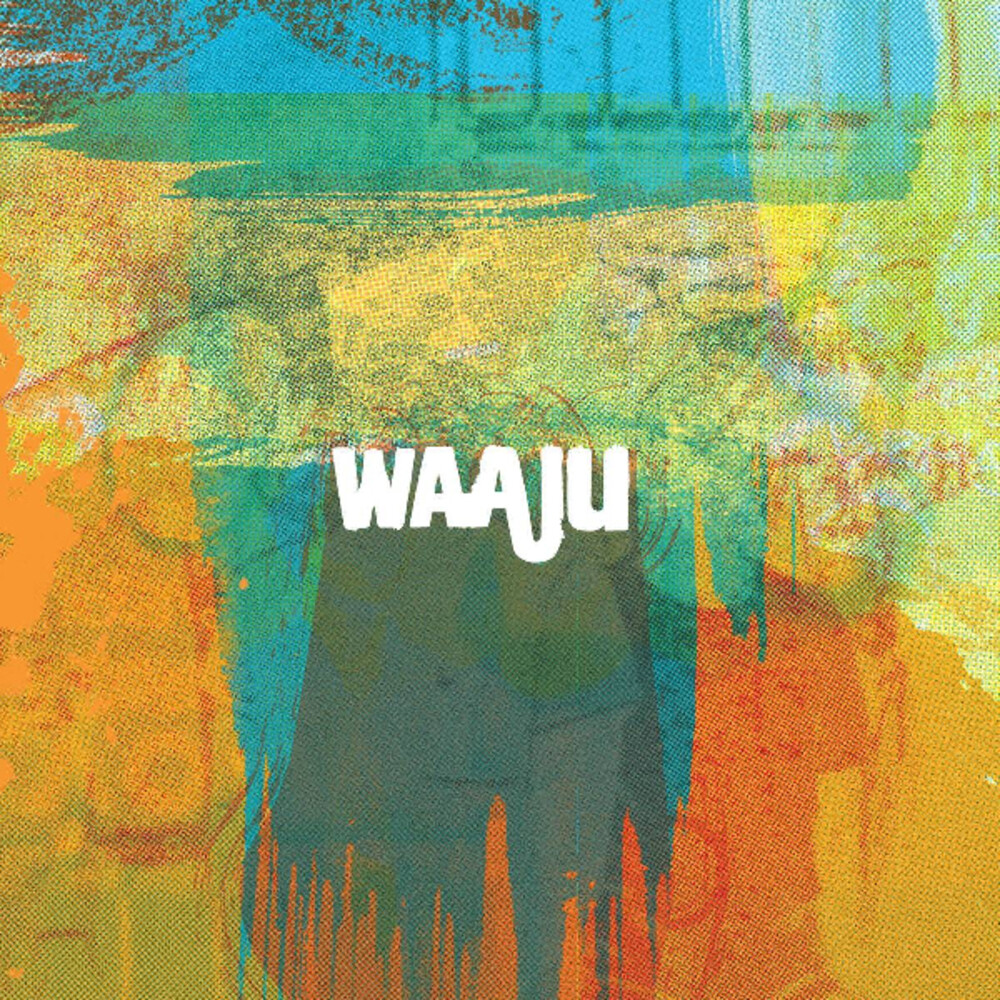 2018 release. Olindo Records present the second release and first LP on the label, by London-based Afro-Latin jazz quintet Waaju. A project that never stands still, Waaju's members have been busy as part of other ensembles (Caravela, Bahla, Jordan Rakei, and Ashley Henry, to name a few), which means they cherish each time they get to make music together. The five cuts on this album are only a snapshot of what they're doing and continually try to do - the tip of the iceberg - but one that speaks volumes about their intentions. Kicking off the album is "Ali's Mali" is an ode to the great Malian guitarist Ali Farka Toure, but seen through a different lens, as he did himself in reinventing West African music. His spirit is transcended into the modern soundscape mixed with dub, electronic music, and echoes of Cuban batá drumming, reminiscent of the two countries' cultural exchanges throughout the 20th Century. "Kaolack" draws from a Senegalese rhythm found in sabar and mbalax music. It's transformed into a gritty, surging groove with heavy touches of psychedelia and smatterings of traditional sounds pulsating from it's textures. "Neleh" explores different sides of a love song and has a myriad of influences displaying different characteristics. Tinges of yearning Tuareg music from Northern Mali, sizzling son percussion and delicate chimurenga-fused guitar, together presenting an introverted, drifting piece with twists and turns. "Waaju" is influenced by the samba funk of 1970's Brazil combined with the more widely known Louisiana funk of The Meters, et al. It's irresistible lilting rhythm and infectious energy are brought into a new modern jazz sphere displaying the spontaneity in improvisation of each member. "Maroc" draws from the chaabi music of Morocco and Algeria, which bandleader Ben experienced firsthand whilst in Marrakech. Much less known internationally than Moroccan gnawa music, it's heavily syncopated drum rhythm creates a frenzy of energy, which is interpreted here much more slowly and dirtier in character, with dubby bass and dissonant harmonies.
This website uses cookies to personalize content and analyse traffic in order to offer you a better experience.
I accept Learn More
back to top