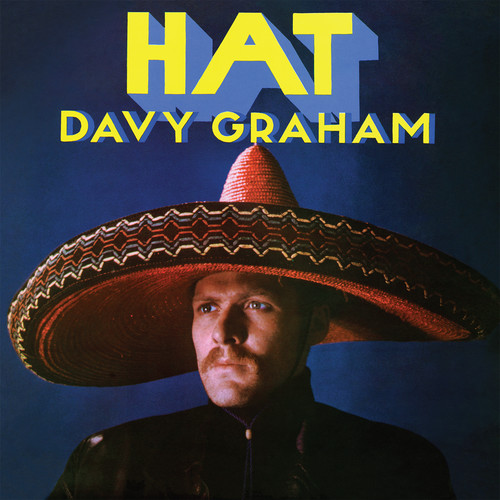 Davy Graham is recognized as an early influential figure on the 1960s British folk scene, where he inspired many famous practitioners of the fingerstyle acoustic guitar such as Bert Jansch, Paul Simon, John Martyn and indeed Jimmy Page. Not one to be categorised Graham could be seen as a true world music artist covering the genres of folk, blues and jazz. He also popularized DADGADÂ tuning, later widely adopted by many acoustic guitarists. Released in 1969 Davy noted that the fourteen selections on "Hat" were intended to please 'not only blues and folk fans but all those of the new breed who are just taking up modern music'. Recorded with double bassist Danny Thompson of Pentangle, whose long career included years with Richard Thompson and John Martyn, the record features a couple classical finger-busters, two Muddy Waters' numbers (both actually written by Willie Dixon), two by Paul Simon (a good friend of his at the time), along with some of his 'pop' and jazz favourites of the day. Remastered, with liner notes by David Fricke.