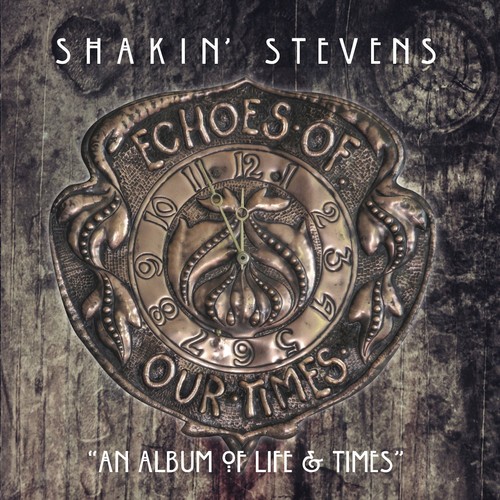 Limited casebound edition. 2016 release, the 12th album from the veteran Welsh rocker. Known as an entertainer and performer, with 33 hit singles and four UK #1's to his name, this record clearly marks Shakin' Stevens out as an artist, songwriter and storyteller. Echoes Of Our Times grew from Shaky's realization that, like most of us, he knew so very little about the background of his family, the stories of his ancestors' loves and lives lost, and their struggles to survive. The album gave Shaky the opportunity to experiment and use instruments that he has previously used on stage but never before on a recording. Each story set the scene for the music and dictated which instruments were used. The album was recorded at Berry Hill Studios, produced by Shakin' Stevens and John David, who also engineered.