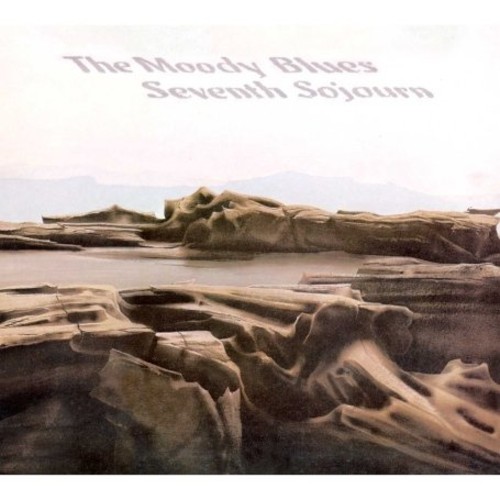 ''Seventh Sojourn'', released in 1972, was the seventh album released by The Moody Blues' psychedelic era line-up.

In ''Seventh Sojourn'', The Moody Blues used, besides the Mellotron, a keyboard called the Chamberlin, a device similar to the Mellotron created by the original inventor of the device, Harry Chamberlin. It could simulate orchestral sounds more realistically and easily than the Mellotron.

''Seventh Sojourn'' managed to reach #5 in the UK, and became the band's first U.S. chart topper, spending five weeks at the summit to close out 1972.

Two hit singles came from this album: "Isn't Life Strange" and "I'm Just a Singer (In a Rock and Roll Band)." However, both songs were overshadowed by the re-release of "Nights in White Satin," which had its first single release in 1967. Whereas both singles from ''Seventh Sojourn'' merely made the top 40, "Nights In White Satin" hit #9 in the UK and #2 in the U.S., which was the highest American chart position for a Moody Blues single.

On this album, the band made two strong political references. "Lost in a Lost World" alluded to the brutality of revolution ("Revolution never won/It's just another form of gun") and racial tension ("In their eyes it's nation, against nation, against nation/With racial pride"). "You and Me," like "Question" from two years earlier, alludes to the Vietnam War: "There's a leafless tree in Asia." Further, the song also references the ongoing Israeli-Arab conflict: "there's a forest fire in the valley/where the story all began." Track "The Land of Make-Believe" basically describes a perfect world scenario, a place where "heartaches can turn into joy." The song makes heavy use of both the acoustic and electric guitars (played by Hayward), as well as the chamberlin (played by Mike Pinder), a keyboard instrument which provides the sound of a string orchestra in the background. Ray Thomas also provides a short flute solo at the beginning.

As this album proved difficult to record, with a 1973 follow-up quickly shelved after inception, the group decided to go on hiatus after their tour of Asia in 1974, before reuniting for ''Octave'' in 1977 and its subsequent tour.

In April 2007 the album was remastered into SACD format and repackaged with four extra tracks.

In 2008 a remaster for standard audio CD was issued with the same bonus tracks. - Wikipedia