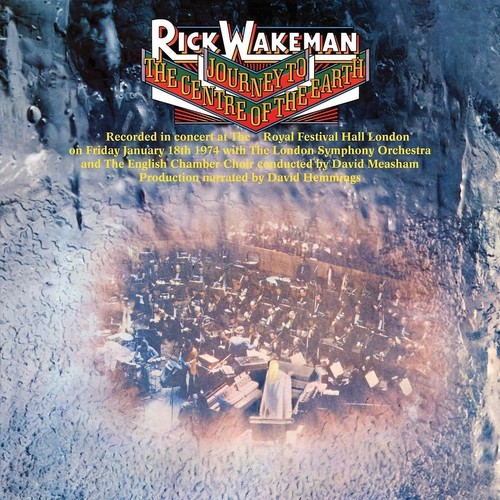 Standard edition. Digitally remastered edition of this 1974 prog classic. Journey To The Centre Of The Earth is the second album from the English keyboardist Rick Wakeman, released on A&M Records. The album is a live recording of his second of two concerts on January 18 1974 at the Royal Festival Hall in London. With it's concept based on Jules Verne's same-titled science fiction novel, the album tells the story of Professor Lidenbrok, his nephew Axel, and their guide Hans, who follow a passage to the Earth's center originally discovered by Arne Saknussemm, an Icelandic alchemist. Wakeman performs with the London Symphony Orchestra, the English Chamber Choir, and a group of hand-picked musicians for his rock band which later became The English Rock Ensemble. Actor David Hemmings narrates the story.