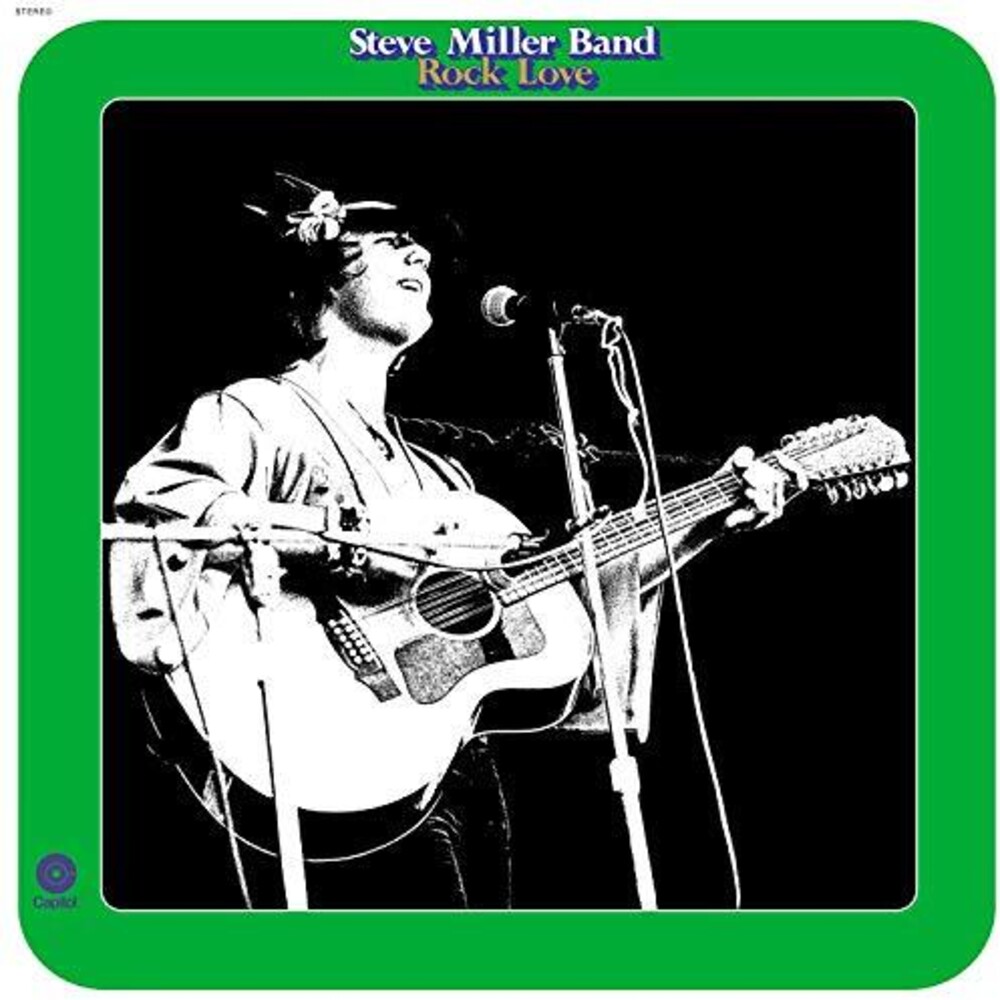 Limited 180gm green colored vinyl LP pressing. Rock Love is the sixth studio album by The Steve Miller Band. The album was released in September 1971, by Capitol Records. All of Miller's previous backing band had left following the recording of the previous album, save bassist Bobby Winkelman. They were replaced by members of Winkelman's previous group, the psychedelic rock band Frumious Bandersnatch for this record, including Ross Valory (a future member of Journey) on bass, and Jack King on drums. Bobby Winkelman was in the band (having moved back to rhythm guitar) during the live recordings on the album's first side, but is not credited on the album cover.