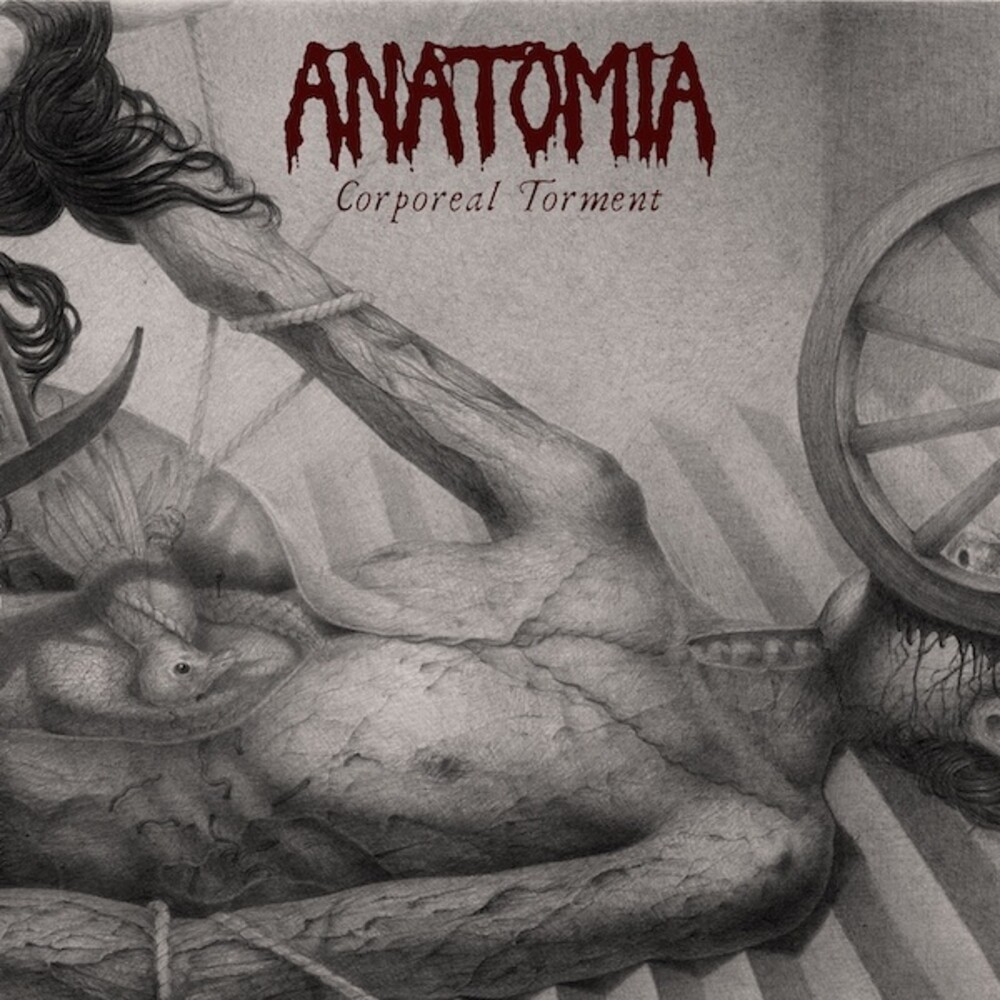 By now, Anatomia should require little introduction. For nearly twenty years, this Japanese cult have explored the darkest and most deranged ends of the death-doom spectrum. Theirs is a sound that's intrinsically tied to tradition yet evinces a wealth of weirdness, making their sound both classic and challenging in equal measure. And while their countless split recordings are beloved by the band's ever-growing legions of fans, it is Anatomia's full-lengths where they truly dive into the deep end, exploring subterranean expanses of the subconscious and sound itself, making each of their three judiciously-spaced-apart albums unique experiences unto themselves.The same can be said for Anatomia's long-awaited fourth album, Corporeal Torment. Although it's been merely four years since the critically acclaimed Cranial Obsession -that span of time rather quick between Anatomia albums-Corporeal Torment offers a more concise and daresay "energetic" counterpart to it's epically mammoth predecessor. Then again, with tempos rarely kicking above a sludgy gallop as set forth by early heroes Autopsy, it's not long before second track "Slime of Putrescence" drags the listener well and truly into the void of nulled-senses atmospherics. Indeed, this band's grasp of mesmerizing mood and dynamics they so masterfully displayed across the aforementioned predecessor is flexed even more fully on their latest: more extremes between crushing and quiet, BPMs often dialed back into the negatives, and reverberating textures that occasionally recall musique concrĂ¨te. In fact, the slipstream of energy into inertia as the album throbs onward becomes a vortex that's nigh impossible to escape... but perhaps that was never an option when one steps into Anatomia's claustrophobic cocoon of death-doom. No hyperbole and no hope, Corporeal Torment is punctuation to the end.
back to top