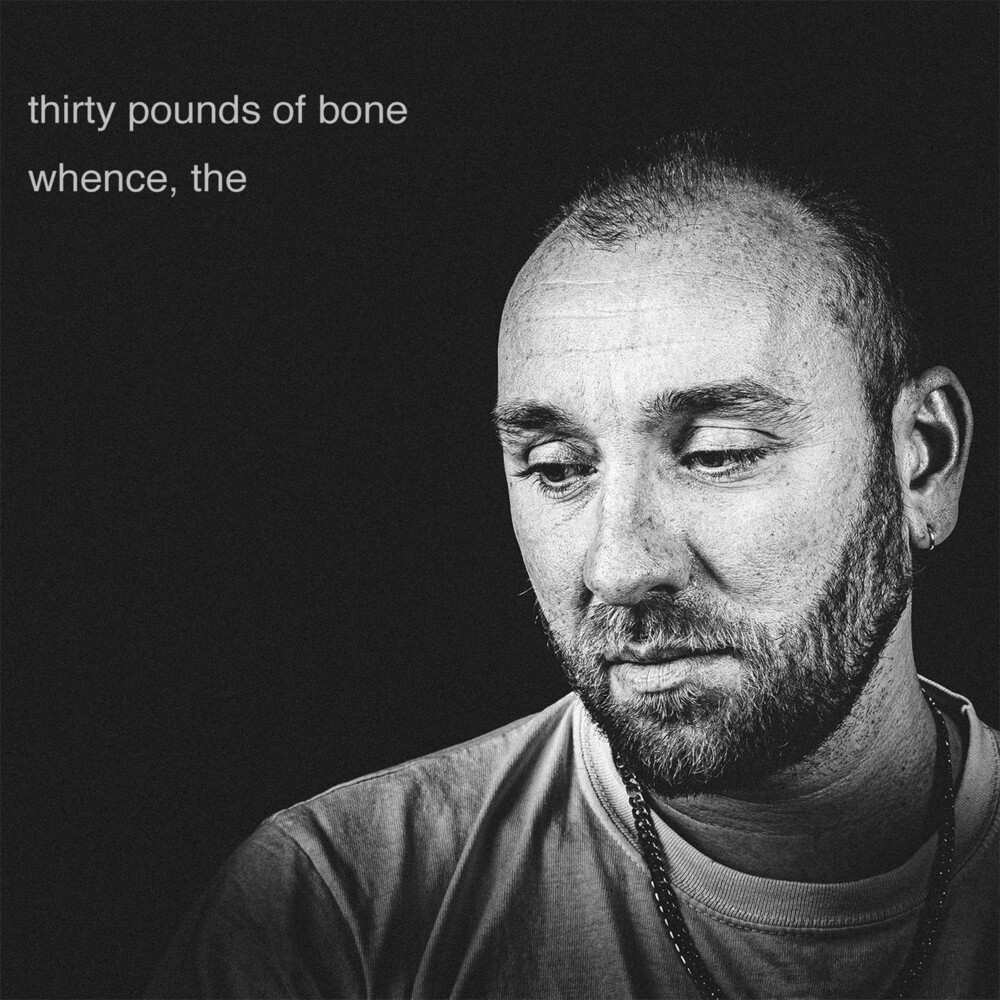 Armellodie Records is proud to present 'whence, the', the new album from Thirty Pounds of Bone aka, Johny Lamb. 'whence, the' is the sixth full-length album by Thirty Pounds of Bone and the third in a series of records that play deliberately with the affordances and problems of studio recording. 2015's 'The Taxidermist' was awash with huge, constructed ensemble pieces, 2019's critically-acclaimed, 'Still Every Year They Went' was recorded live, at sea, on a commercial fishing boat, and this last takes Johny Lamb's fascination with analogue synths further than before using Eurorack modular synths as the bedrock for each song. The result of working in this way is, of course, that many of the parts on the record are all but impossible to recreate; the nature of the patches being built in the moment, captured, and undocumented. This time around Johny has focused on the tiny details of sadness, largely inspired by the events of 'A Story of Long' where the central moment of the song is observing a close friend pouring his husband a glass of water in a hospice, just some few hours before his death. This was an intimacy and time that Johny did not expect to be a part of (the album is dedicated to the couple in question). But this stirred a way of thinking about how huge events are often typified or defined by very small gestures or happenings, and each of the tracks here comes from that place. Be it the existential crisis brought on by stripping wallpaper in 'Woodchip', how a single day might signify the end of a long relationship ('A Note to Myself'), or the miniature resignations to compromise we make in professional life which eventually overwhelm our very identity ('The Cynical Start to a Jaded Career #1'). Johny's lyricism and composition remain oblique but touching, and these songs of little moments of sadness, regret and grief are built to remain small. They are paradoxically content in their sorrow and should perhaps be kept as companions to similar feelings.