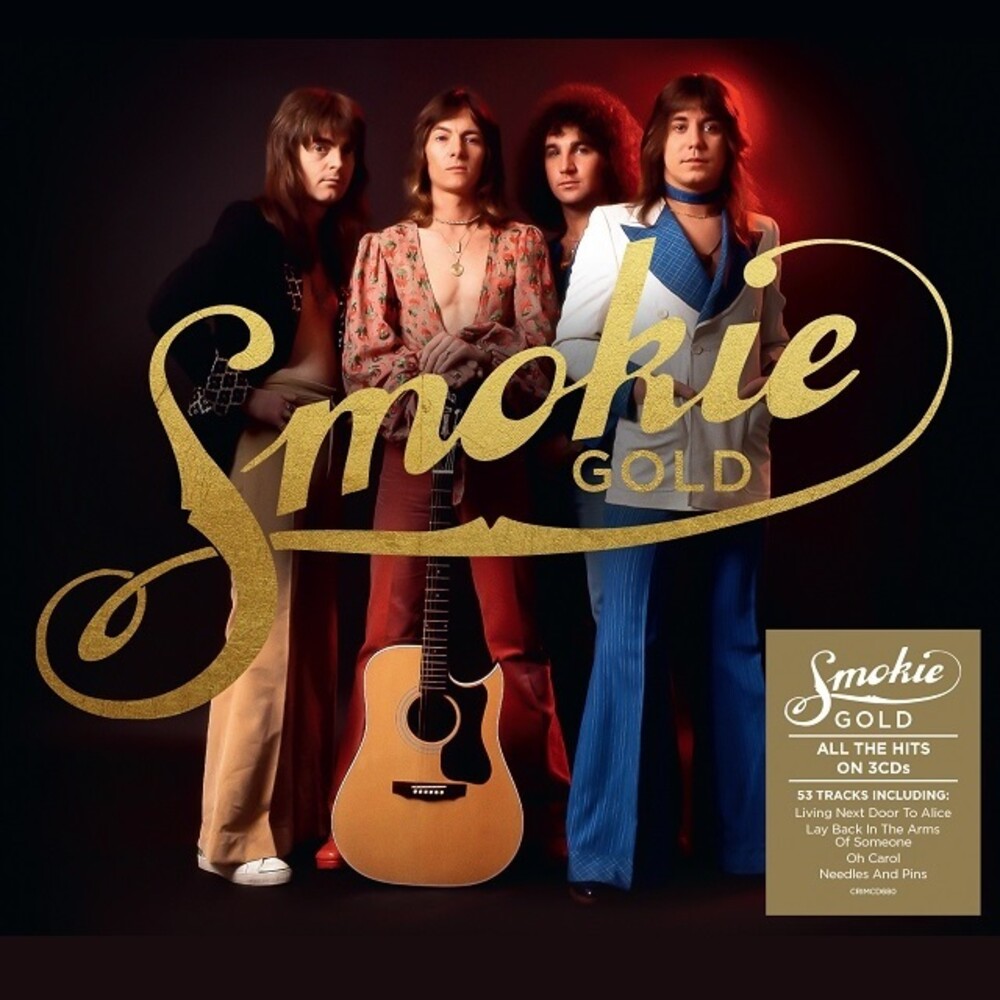 UK three CD set, the only Smokie compilation you'll ever need. Formed in Bradford, Yorkshire, Smokie rose to fame in the 1970s and found chart success with their signature glam-pop sound. This career compilation includes all of the group's biggest hits including 'Living Next Door To Alice', 'It's Your Life', ' Oh Carol', 'Lay Back In The Arms Of Someone' and 'Have You Ever Seen The Rain'. Disc One covers the period of 1975-1976 including classics tracks 'Don't Play Your Rock 'N' Roll To Me' and 'If You Think You Know How To Love Me' which both peaked at #3 in the UK singles chart. Disc Two opens with Smokie's international hit 'Living Next Door To Alice' which was a #1 hit in 7 countries. Other hits included on this disc include 'Oh Carol' and 'Lay Back In The Arms Of Someone'. Disc Three concludes the set with tracks from the end of Smokie's classic era, including the singles 'Take Good Care Of My Baby', 'Little Town Flirt' and 'Jet Lagged'.