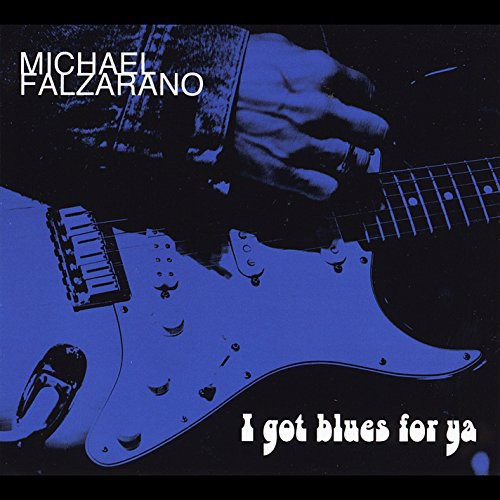 I Got Blues for Ya
Artist: Michael Falzarano
Format: CD
New: Not in stock
Wish

On this release I set out to explore my blues roots and try to make a late 60's early 70's style blues/rock sounding album in the vein of bands like Savoy Brown, The Paul Butterfield Blues Band, John Mayall, The Electric Flag, Pig Pen era Grateful Dead, The Faces, early Fleetwood Mac, Canned Heat and such. Not an easy task in this modern digital world. First off you have the digital vs. Tape thing. I prefer tape, but these days it's very expensive to record that way and I didn't have the budget for that. So we forged ahead in the digital world. Then there's the whole Protools "fix it because you can" thing. Hard to resist, but it's a slippery slope; you can fix the life right out of a song pretty quickly. So I did my best to leave things as recorded. Most of the songs were recorded live in the studio with all the guys playing at the same time. On a few of the songs I did have to overdub some parts when players weren't available for the tracking session. In many cases the take on the CD is not only the first take, but it's the only take. I've always felt that's the way to catch the true energy and spirit of a song. Play it a few time and lay it down. A snap shot in time. Also I'm real happy to be able to include one last studio cut with the late Vassar Clements playing his fiddle like only he can. Well, there you have it. I hope you enjoy it. Michael F.