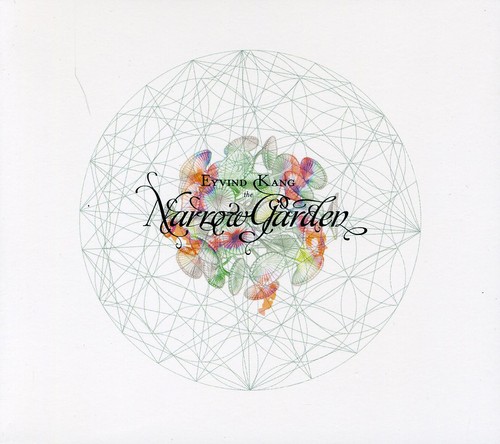 The Narrow Garden is the 2012 full length from composer Eyvind Kang. Across his illustrious musical career in addition to arranging and performing with other musicians, he has released many recordings of original music notably the acclaimed choral piece "Atlantis" (Ipecac) and "The Yelm Sessions" (Tzadik). The Narrow Garden is no exception, offering one of his most original and perhaps one of his most playful recordings to date. The music on the Narrow Garden sounds like it was composed for a film soundtrack in the way that Eyvind Kang creates evocative visual spaces with sound. True to form the album is composed of full-bodied pieces of music that evolve from minimal song structure to more grandiose musical statements throughout, 'Forest Saman'i' is a great example of this. 'Pure Nothing', 'Mineralia' and 'Nobis Natalis' nod to the choral tones on Atlantis and show definite eastern influences, whilst 'Usnea' and 'The Narrow Garden' experiment with some truly eerie samples.