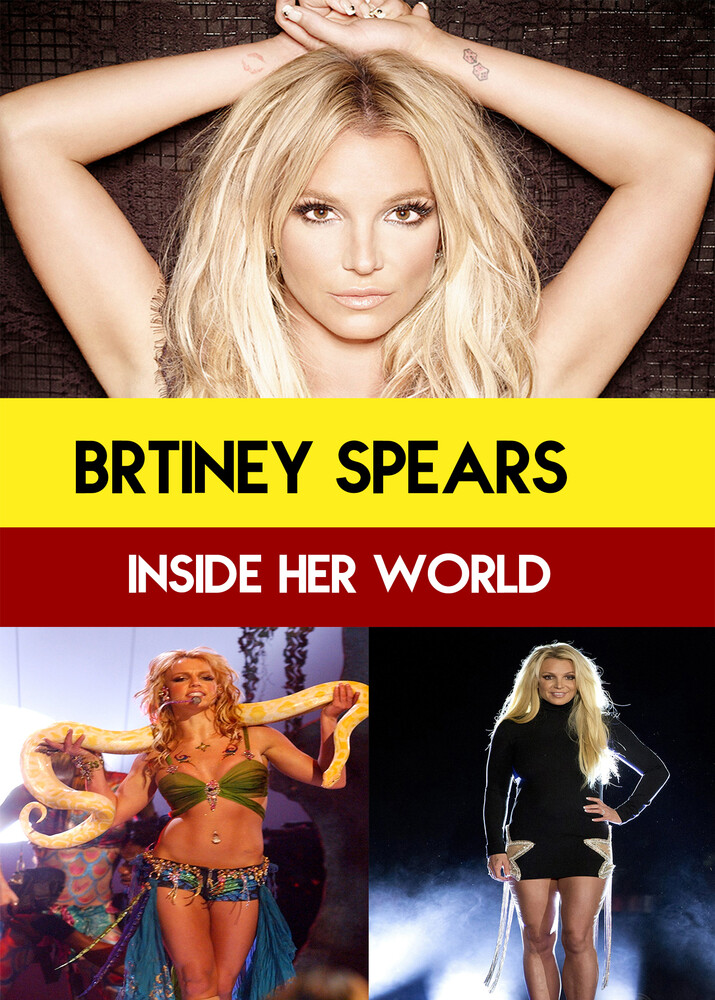 Britney Spears : Inside her world
Format: DVD
New: Not in stock
Wish

"Inside Her World" An unauthorized story on Britney Spears is a sympathetic half-hour look at one of pop's most troubled stars: Britney Spears. From the age of 12 when she burst onto the scene in Disney's Mickey Mouse Club, Britney Spears has never been far from the spotlight. The "sweet as apple pie, American girl next door" had her first big hit with "Baby, One More Time", the video to which had her dancing in a school uniform, at the age of 17. Following up the success of her first album with another number one album - "Oops I Did It Again" in 2001 - it seemed that everything she touched turned to gold, and she could do no wrong. But her dream run was destined to end at some point, and when she and boyfriend Justin Timberlake split up after a four year relationship, she responded with a drug and alcohol fuelled bender in Las Vegas, marrying childhood friend Jason Alexander at the Little Chapel of Love. The marriage lasted 55 hours before being annulled. But it wasn't long before Brit found love again - real love this time, or so it seemed. The union with back-up dancer Kevin Federline may have produced sons Sean Preston and Jayden James, but from all reports it was flawed from the beginning. As a sign of the times, Spears informed him of her wish for a divorce in a text message! No doubt being hounded by the media, as well as having to deal with a broken heart and look after two young children contributed to Britney spiralling out of control. A custody battle ensued, and Britney's behaviour during this time became increasingly erratic. From partying all night, suspected alcohol and drug abuse and altercations with photographers, to mood swings and doubts about her ability to parent, Spears was a walking headline, but her antics led to her losing custody of her children. And the fallout of that was more dramatic than anything the tabloid writers could come up with! So it is a tribute to Britney Spears, former child star and pop icon, that she could rise from the ashes of her ruined marriage and bizarre behaviour circa 2007 and release her next studio album Blackout, which received rave reviews and revived her ailing career. Part of the credit for her transformation has to be the influence of her father, James, who has taken his daughter under his wing, personally as well as financially. With new album Circus doing well on the charts, her family, friends and fans all hope that Britney can continue to recover from addiction and keep pushing boundaries in her music career, instead of in her personal life!