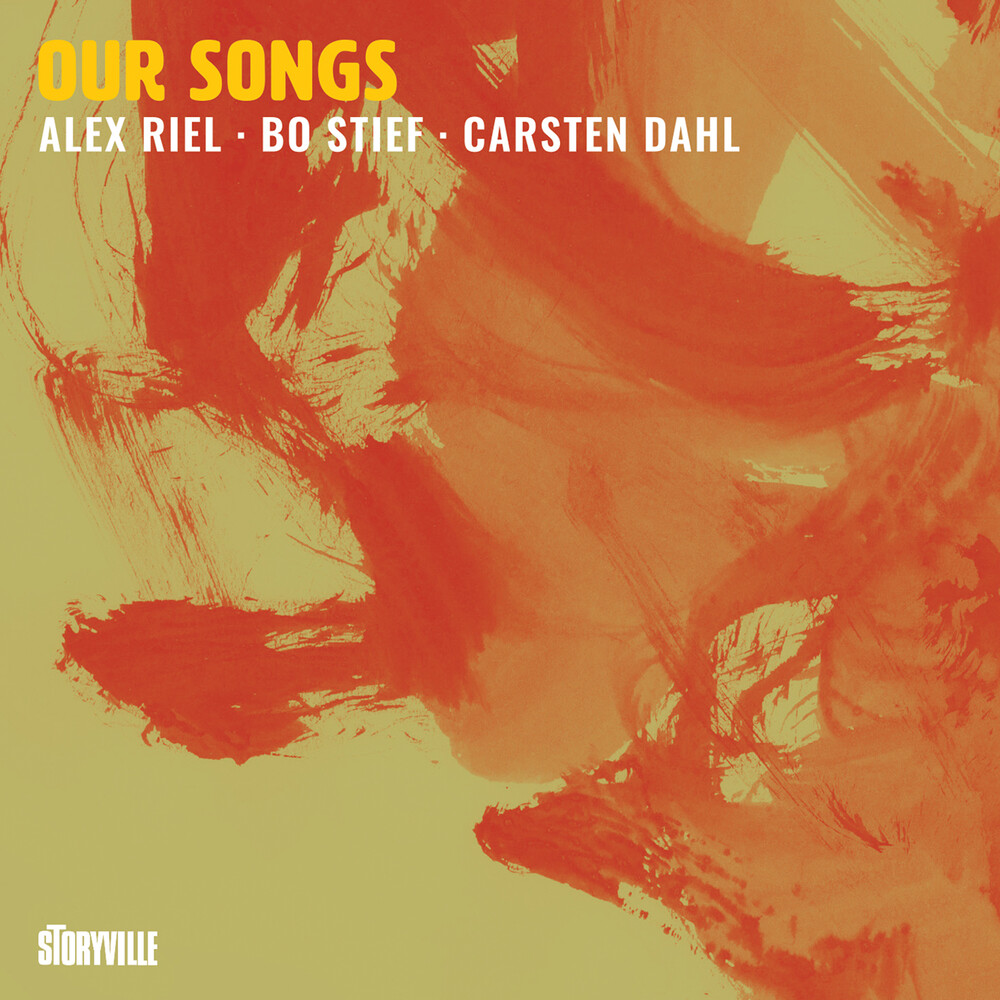 Always curious and always looking for new challenges, Alex Riel has been an important innovator of modern drumming in Europe. He was among the very first to record a "free" solo on his debut album in 1965 and he was a founding member of the beat-group Savage Rose, while also playing with Bill Evans, Ben Webster, Dexter Gordon and being a member of Monica Zetterlund's quartet. From the last 20 years we know him for his work with Enrico Pieranunzi, Kenny Werner, Mads Vinding and many others. On "Our Songs", Alex Riel brings together two musical "playmates": The legendary bassist Bo Stief, who like Riel, belongs to the generation of Danish musicians who started their professional careers at Montmartre in the 60s, and Carsten Dahl, one of Europe's most innovative piano players. The trio plays in balance with themselves and each other, and simply let's the music flow unhindered. So where, then, does the music flow? Basically, this is classic piano-trio jazz, and while Carsten Dahl is "in charge", he never overshadows the trio's creative affinity. Quite appropriately, the mood is established with, "My Song" a classic Keith Jarrett number. In many ways Riel's playing is discreet, often poetic, so it's fitting that Dahl has dedicated his composition for the album, "The Poet" to Alex. We are also treated to a couple of melancholic Swedish folk songs reminiscent of legendary pianist Jan Johansson, plus the trio's own folklore-inspired "Hostdansen" ("Harvest Dance"). Along the way there are also four freshly interpreted American jazz standards, including John Coltrane's "Giant Steps" as a lyrical ballad - in direct contrast to the high-powered original version. The personal and musical friendship of the three musicians is obvious. It's playful, creative and beautiful when Alex Riel, Bo Stief and Carsten Dahl play their songs.
This website uses cookies to personalize content and analyse traffic in order to offer you a better experience.
I accept Learn More
back to top