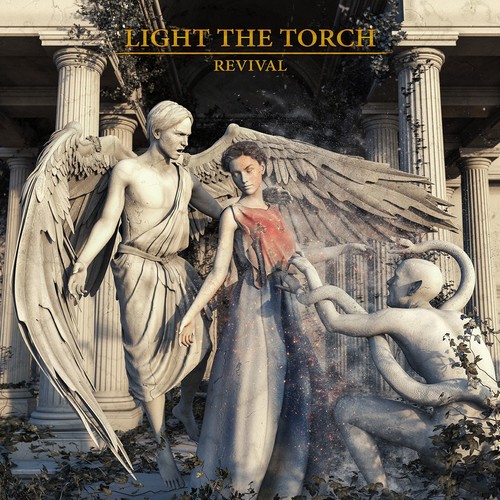 2018 release from this metal band featuring former Killswitch Engage vocalist Howard Jones. The winds of change most definitely fanned the flame for Light the Torch. On their full-length debut Revival, the Los Angeles, CA trio-Howard Jones [vocals], Francesco Artusato [guitar], and Ryan Wombacher [bass]-drew from five years together as Devil You Know only to forge a wholly distinct path. Amidst myriad struggles, they returned from the brink under a new banner. The musicians quietly struck the match for Light the Torch during 2017. Without so much as telling either the label or management, they wrote the 12 anthems comprising Revival and recorded them in Los Angeles with the help of Wovenwar and As I Lay Dying bassist and producer Josh Gilbert [Bullet For My Valentine, Suicide Silence] behind the board. Joined by Extinction A.D. drummer Mike "Scuzz" Sciulara behind the kit, the guys put their heads down and really focused on making an album as a whole, placing more emphasis on the songs flowing cohesively from one to the next.