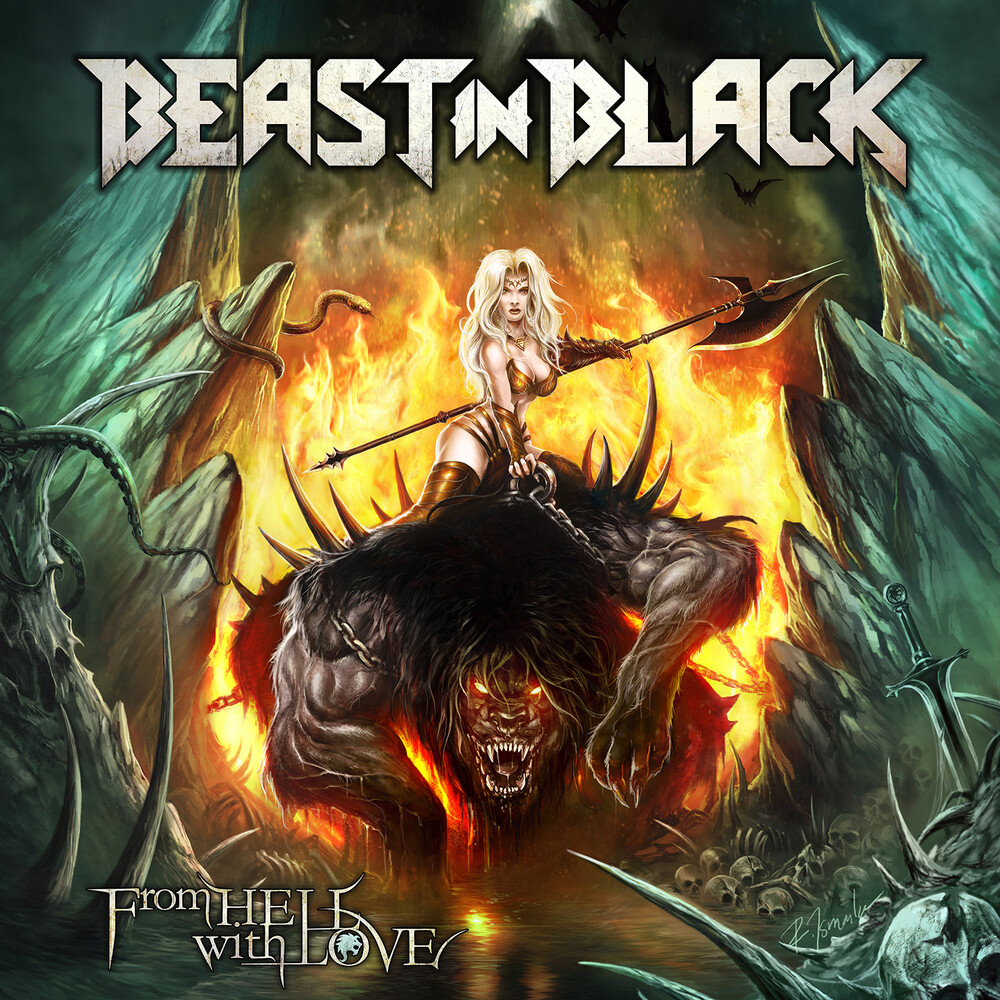 "The BEAST is back, the BEAST IN BLACK!" Haunting words recalling Â»BerserkerÂ«, BEAST IN BLACK's debut album, which was finally released in November 2017. Although it never actually felt as if the BEAST had been away entirely. Right after the departure from his former band BATTLE BEAST, BEAST IN BLACK's founder Anton Kabanen recruited new companions in the way of high-pitched vocalist Yannis Papadopoulos (WARDRUM), bassist Mate Molnar (WISDOM), guitarist Kasperi Heikkinen (U.D.O.) and last but not least drummer Atte Palokangas (THUNDERSTONE), who officially replaced Sami HĂ¤nninen in early 2018. Continuing with the same style of songwriting that he started with BATTLE BEAST, Kabanen crafted a new host of addictive songs that excite with their use of relentless energy and power. Especially the album's first single, 'Blind And Frozen', that blew the roof off and set the bar very high by achieving several million YouTube views in just a year. To cut it short: Â»BerserkerÂ« was very well received by both new and old fans of Anton's work, as well as fans of the anime series Â»BerserkÂ«, which Anton drew inspiration from. A number of well-known musicians have also praised the record such as NIGHTWISH's Tuomas Holopainen (who said that "you have to be mentally insane to not love this album"), HELLOWEEN / GAMMA RAY's Kai Hansen and many more. Additionally, Â»BerserkerÂ« not only allowed BEAST IN BLACK to enter the hearts of many people all around the globe, but also gave them the keys to the gates of the world's stages! The accompanying touring cycle kicked off in October 2017 in the form of a few European shows supporting the legendary W.A.S.P. - one of Kabanen's musical idols next to JUDAS PRIEST, ACCEPT among others - followed by select shows opening for Germany's BEYOND THE BLACK. If you'd have thought, that it's impossible to top such an amazing beginning, you would soon be proved wrong. The BEAST started 2018 with two sold out headlining gigs in Finland, the homecountry of Anton, Kasperi and Atte. But there was no rest for the wicked, as the group joined Italian symphonic metallers RHAPSODY Reunion on their extensive Â»20th Anniversay Farewell TourÂ« across Europe, where the band visited a number of countries and cities for the first time ever. The summer saw BEAST IN BLACK playing several festival gigs, many of which were in Finland. To worthily close the Â»BerserkerÂ« live chapter, the band returned to where their live career had begun back in 2015 - supporting Finnish symphonic metal giants NIGHTWISH in front of several thousand fans in November & December 2018. Despite their extensive touring schedule, the BEAST managed to achieve something else in the past few months
This website uses cookies to personalize content and analyse traffic in order to offer you a better experience.
I accept Learn More
back to top