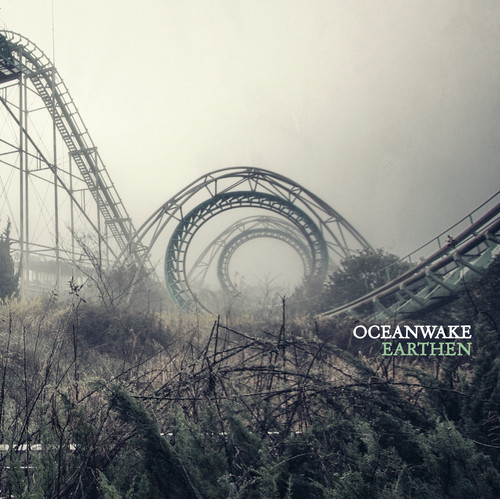 2017 release. After two successful European tours, Oceanwake set out to write the final part of their ambitious trilogy of albums. The closing chapter, titled Earthen, consists of two lengthy and dynamic compositions, clocking in at over 20 minutes each. Even though both of the songs bear the Oceanwake hallmark, one shouldn't be surprised to find the band once again visiting new, strange and unexpected territories. To tie the album with it's predecessors musically, some unused fragments from Sunless sessions were given a new form inside these two meandering but naturally evolving epics. On Earthen, Oceanwake continue their fruitful relationship with producer Jonne JĂ¤rvelĂ¤ (of Korpiklaani fame). The haunting images featured in the CD booklet were taken by a Canadian photographer, Chris Luckhardt, who travels around the world capturing abandoned places on film.
back to top