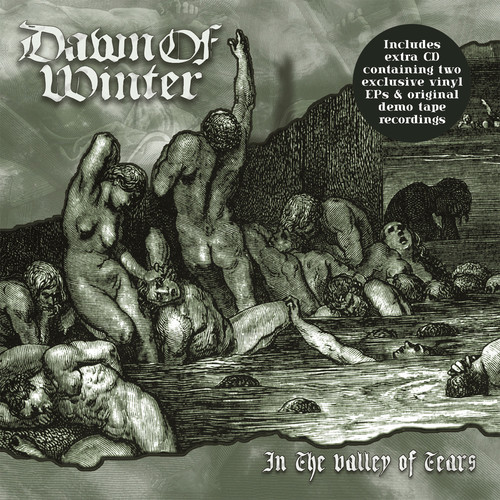 Expanded two CD set. Influenced by the likes of Saint Vitus, Candlemass, Pentagram, Witchfinder General, Trouble, and (old) Black Sabbath, the roots of Dawn of Winter stretch back to the very early '90s, and their dream of playing pure and honest doom metal has not waned or changed in the slightest since then. A string of demo releases and an EP eventually led to the debut album In the Valley of Tears in 1998. This long out of print album is now re-released by I Hate as a deluxe digipak. Disc 1 features the full-length, In the Valley of Tears. Disc 2 consists of recordings never before released on CD including the pre-album demo tape In Servitude to Destiny (1996), and the two 12" EP's, Slow Is the Suffering (2001) and The Skull of the Sorcerer (2012). Almost two hours' worth of superbly crafted and passionately expressed doom metal from the German underground! No frills, no fads, no gimmicks, no asinine image! This is true doom the way it's meant to sound. A formula enduring in the hearts of real genre fans until the end of days.