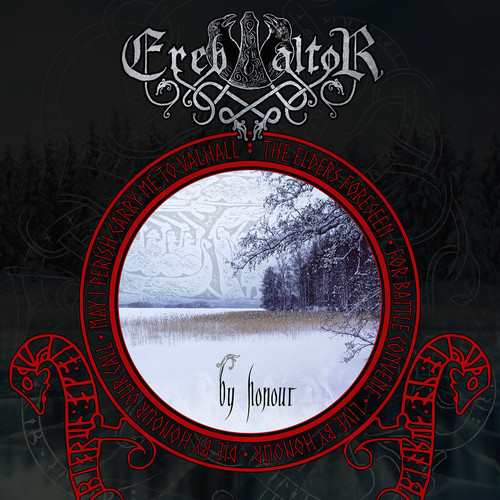 Vinyl LP pressing. This secretive Swedish epic metal band was formed in the early '90s by Mats and Ragnar, the two founding members of Ereb Altor. With Bathory's inspirational anthems as their spiritual foundation they set out to create an own branch of the so called epic viking metal genre. However a few years after the inception of the band it went on hiatus and only after more than a decade Mats and Ragnar decided to breathe new life into their sleeping beauty. A recording was done late 2003 with some of the over ten years old songs (slightly modified). The demo was named Awakening. The songs were put online for people to listen and it was also pressed in approximately 100 copies with a color layout. The response was great but nevertheless a proper album was never unleashed, and the years passed... But in early 2007 Mats and Ragnar heeded the call from the one eyed old man and went into studio Apocalypse in GĂ¤vle to record a full-length album, without having a record deal, hoping that someone was willing to release it. Put simply; if you have the slightest affinity for musical grandeur, By Honour will put a berserker's grin on your face!
back to top