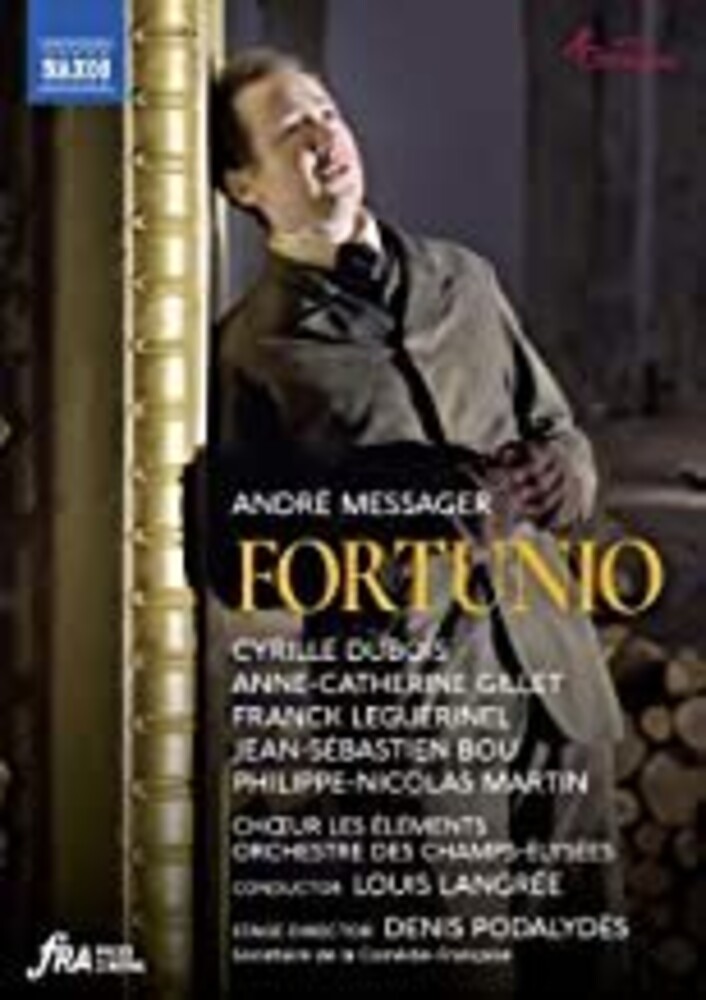 AndrĂ© Messager's Fortunio premiered in 1907 at the OpĂ©ra Comique, where it received acclaim that was to last decades. One of the last composers to devote his entire career to opera and operetta, Messager exemplified in his music a feeling for dramatic pacing and the spirit of the Belle Ă‰poque, qualities that permeate Fortunio, a comĂ©die lyrique in which the dialogue in the libretto is given a continuous musical setting. Taking Alfred de Musset's play Le Chandelier as his source, Messager explores upper-class society at the turn of the 19th century with subtlety of characterization and a thoroughly French orchestral transparency. This production directed by Denis Podalydes features Cyrille Dubois in the title role, alongside soprano Anne-Catherine Gillet, and baritone Franck Leguerinel, among others.