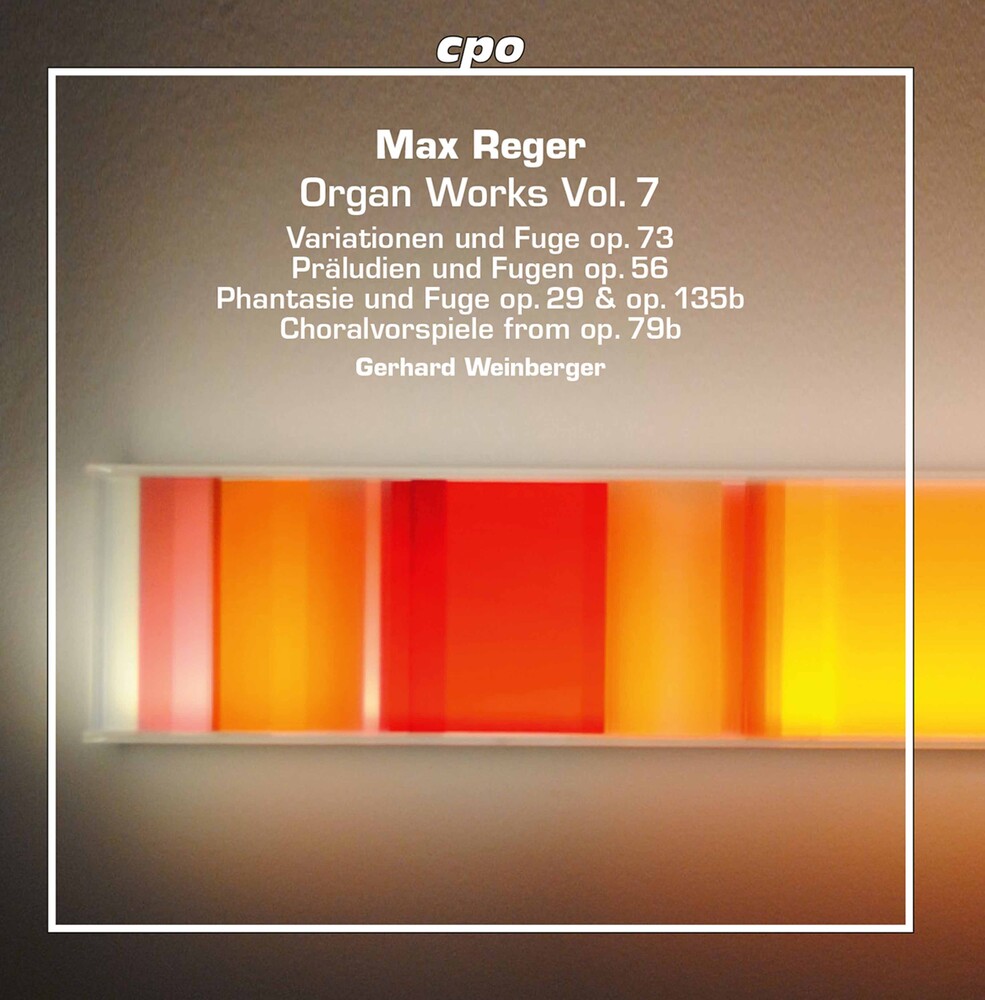 At long last our successful Reger Edition continues on it's way. The critics have been more than enthusiastic about the previous releases, and Musik & Theater even stated: "These recordings number among the best currently available in the field of Reger's organ music." This month we are releasing Vol. 7, again with two albums in the best SS, and this time featuring Reger's five easy-to-play Preludes and Fugues op. 56. Although the composer termed this composition "an organ work of small caliber" in a letter to the publisher Lauterbach & Kuhn, the critics reacted positively, and the organist and composer Robert Frenzel numbered it's pieces, which form anything but a secondary work, "among the most poetic phenomena in the most recent organ literature." And we absolutely have to agree with him. The generic combination of "Prelude and Fugue" is frequently assigned to the realm of so-called absolute music, but Reger's op. 56 does not seem to belong to this world in which only the musical structure is of significance; instead, particularly the preludes, which mostly practice dynamic moderation - like many of the "pieces" from op. 59 and other works - are distinguished by a pronounced poetic character.