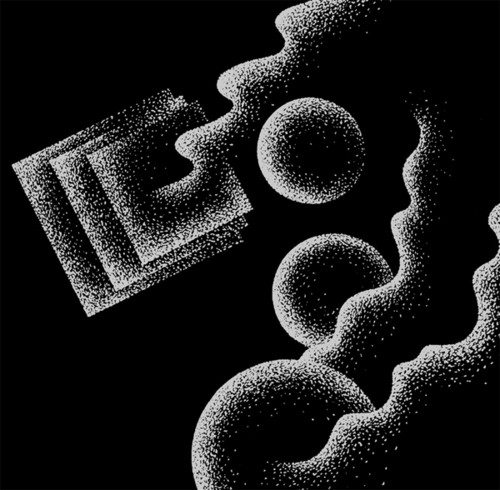 Black Sweat Records present an expanded reissue of Telaio Magnetico's Live 75, including unreleased tracks from the super group's only tour in 1975. Telaio Magnetico was composed of Franco Battiato, Lino Capra Vaccina, Juri Camisasca, Mino Di Martino, Roberto Mazza, and Terra Di Benedetto. In the mid '70s, the Italian underground scene seemed to mature an existential priority of yearning toward a new psychological universe, with a firm idea to colonize an uncharted space of a necessary and infinite path of spiritual redemption. In this context, the short experience of Telaio Magnetico was born from the confluence of the Battiato's experimental efforts, in works such as Sulle Corde Di Aries (1973), Clic (1974), and M. elle "Le Gladiator" (1975), and the Albergo Intergalattico Spaziale's new esoteric electronics. A mosaic of metamorphic sounds and frequencies of unfamiliar constellations, the music of Telaio is an imaginary trimurti of "energy-cosmos-mind". Synths and Lowrey organs draw sidereal labyrinths and landscapes, scanned to infinity by a harmonic percussions arsenal. Whispering and radical improved vocals are lost as delusional fugues in centrifugal vortices and, at the same time, seem to offer a compendium of religious chants which evoke Tibetan choruses, Indian pujas or the Gregorian tradition. Reemerging sometimes as Sufi cadences and relaxations, or pastoral-tribal elements on which the chamber carpet of oboe blows like Arabs, Egyptians, or Moroccans pifferos. That traced is not only a galactic river, but also a Mediterranean circumnavigation: a unique creative moment that, in addition to the references with the German kosmische music and British space-rock, seems to be perfumed by the influence of Gurdjieffian mystic and even had roots in the minimalist drones of Terry Riley and La Monte Young, also drawing parallels to the contemporary research of authors such as Alvin Curran and the following explorations of Futuro Antico.