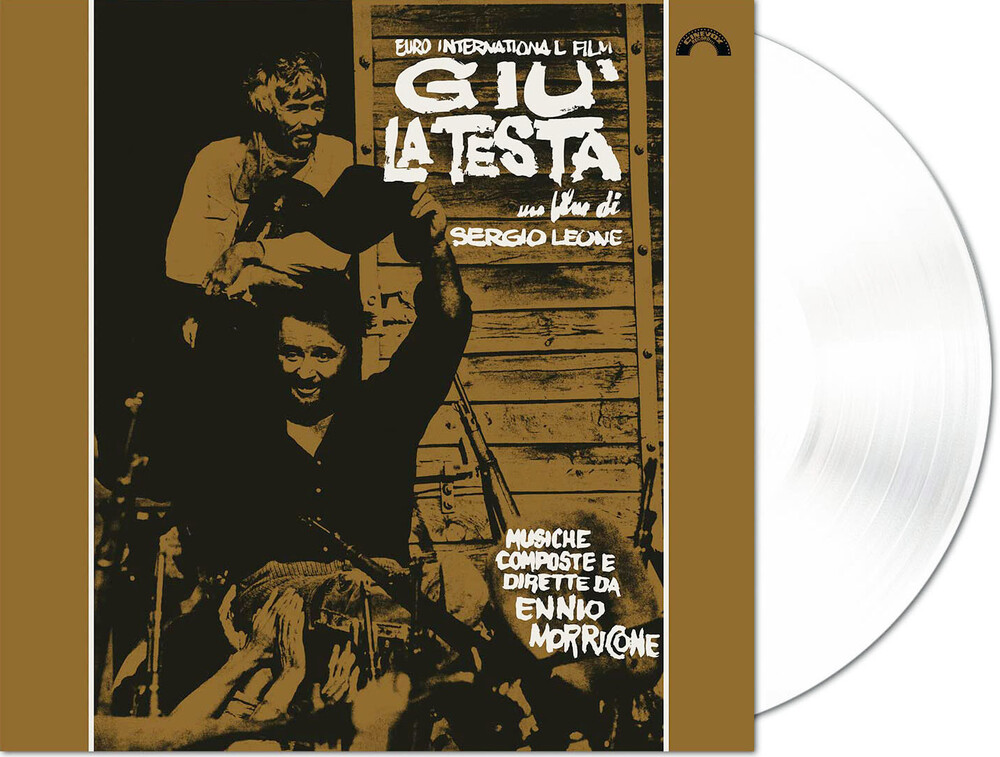 Fifth western in a row for Sergio Leone after the Dollar Trilogy and "Once Upon a Time in The West", "GiĂą la testa" (Duck, you sucker, 1971) is also the fifth collaboration between the director and Ennio Morricone, which would be followed by the final "Once Upon a Time in America" nearly 15 years later, before Leone's premature death in 1989. World famous and holder of unlimited resources, with "GiĂą la testa" Leone directed an epic film that tells of the friendship between a Mexican bandit and an Irish explosives expert, during the historical context of the 1913 Mexican Revolution; lasting over two hours, the film has almost tones of an Hollywood colossal, but it's epicness is only occasionally accompanied byMorricone's music, which focuses more on the romance and melancholy aroused by the two protagonists' memories. This score's main theme alone would have been enough to make it a classic, thanks to the recurring "Sean-Sean" tune, and especially the melody sung by Edda Dell'Orso, a theme that even the less music passionate will immediately recognize!Limited 180gr. Crystal clear vinyl edition.
back to top