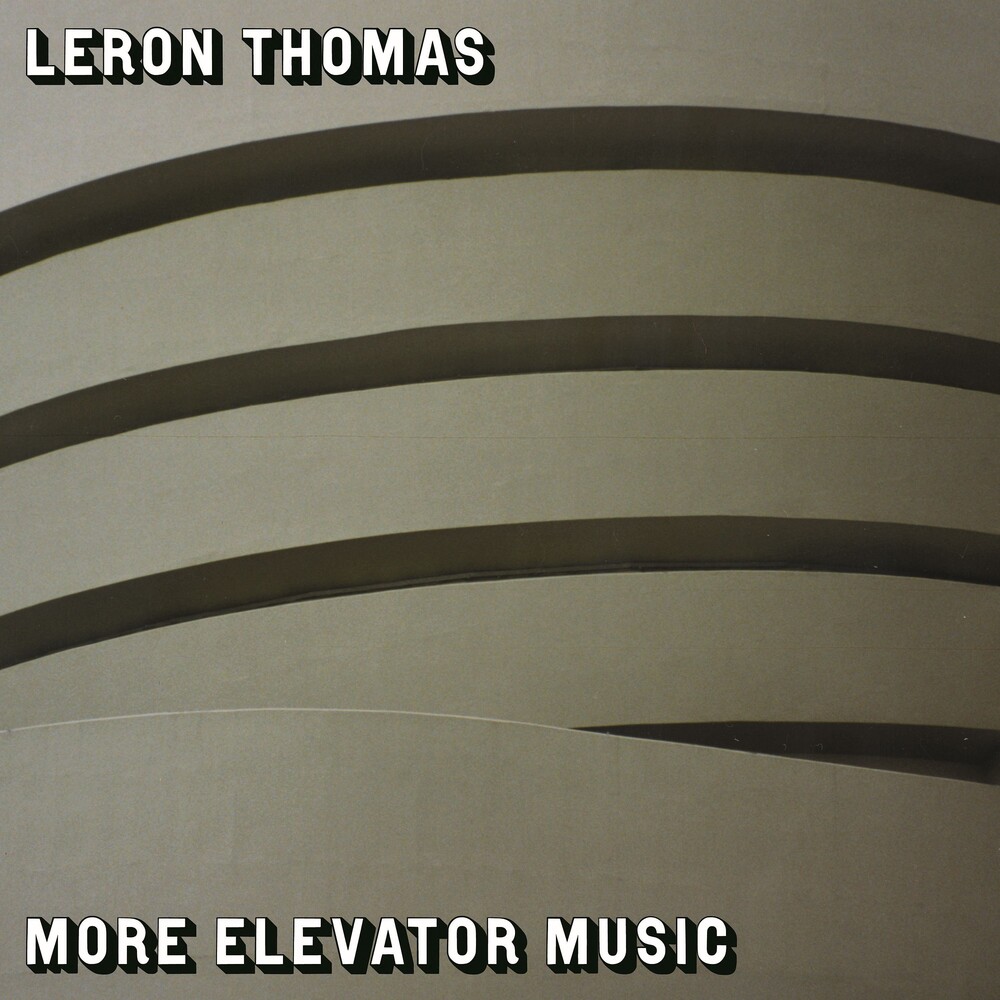 'More Elevator Music' is twelve tracks of jazz-edged hip-hop and reassuring curiosity reaching from the fuzziest depths of it's backpack, with Iggy Pop, Malik Crumpler, Florian Pellissier, Kenny Ruby, Tibo Brandalise and Greg F providing assists. After opening act 'Corporate', BBC 6 Music's Shaun Keaveny would laud next single 'Blind' as "a bass groove masterclass". Jazz trumpeter, composer, vocalist, multi-instrumentalist, provocateur and, "masterful genre-bender", Leron Thomas, a New York transplant from Houston, was once upon a time in his own words "just your run of the mill jazz musician realizing that I didn't vibrate well on the NYC jazz scene". His credentials that have put him in his own lane, make a mockery of such self-deprecation. Charles Tolliver - Thomas' one-time trumpet teacher in college - is but one scene great he has performed with. Broadly speaking he can name Bilal, 88 Keys, Dennis Ferrer, Lauryn Hill (as part of her touring band) and Zara McFarlane as further conspirators of note. His performance critiqued by the NY Times as "intelligent, casual, a little nuts and completely entertaining", Thomas has featured on Gilles Peterson's vanguard 'Brownswood Bubblers' compilation series, and his 2015 release 'Cliquish' was shortlisted by Peterson at the Worldwide awards in the best album category, described as a "brilliant LP that really breaks the mould". Prolifically off the radar and realigning his style inspired by the likes of Frank Zappa, David Bowie, George Clinton, James Brown, Wayne Shorter, Miles Davis, Herbie Nichols and Frankie Beverly, Thomas' most recent position at the wheel of reinvention was as a vital cog behind Iggy Pop's 'Free' album of 2019 ("a liberating collection that unshackles the star from his past" - NME). Those in the know also relish his supplying of fresh, ambiguous angles for the BBC 6 Music-troubling Pan Amsterdam - Iggy Pop included, via his Friday night 'Confidential' show - alongside Malik Crumpler and Thatmanmonkz, a cult outfit created where "a jazz musician died, and Pan Am was born". This would further spawn the similarly outsider concerns Steve Ain't Leron (championed by 6 Music's Lauren Laverne as the "brilliant jazz trumpeter by trade who you may also know as the fantastic emcee Pan Amsterdam"), and the lesser-spotted Nap Amsterclam.
This website uses cookies to personalize content and analyse traffic in order to offer you a better experience.
I accept Learn More
back to top