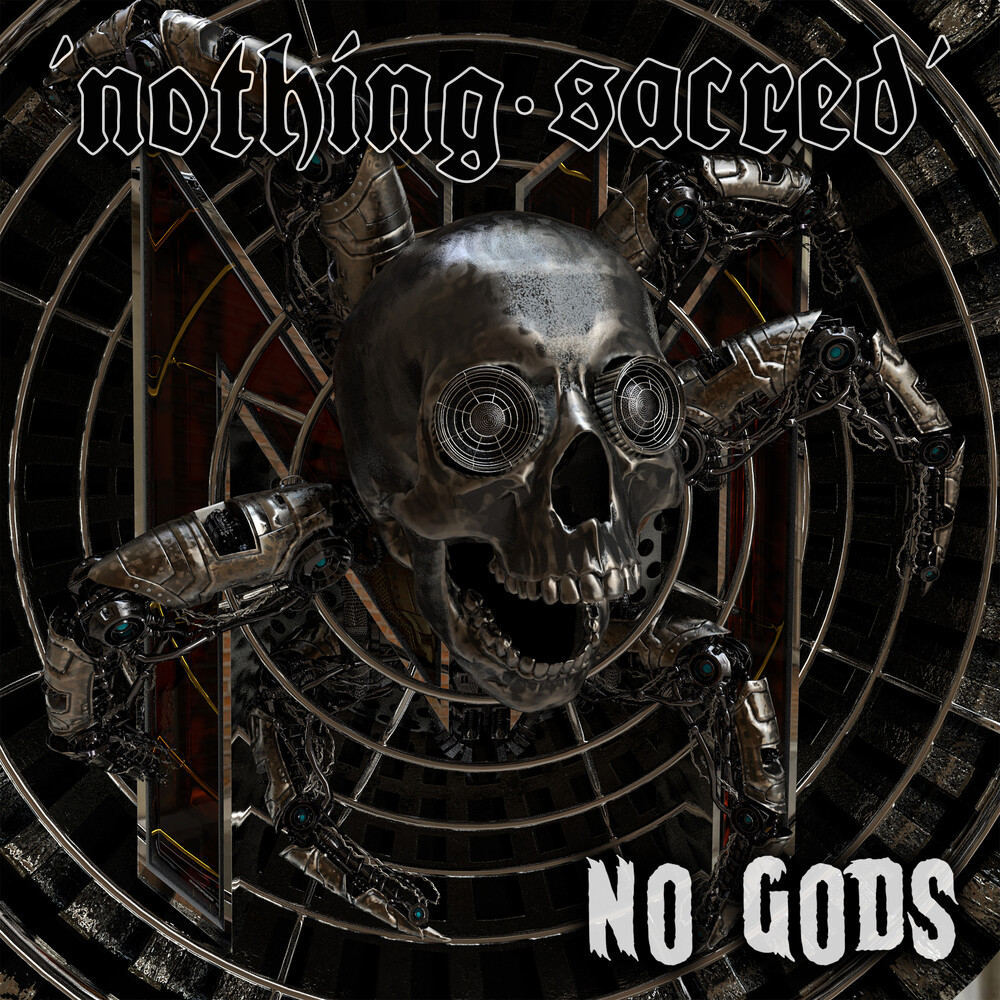 Starting in 1983, Nothing Sacred unleashed a reign of sonic destruction across the Eastern seaboard of Australia. Constant gigging in Melbourne and multiple tours of Sydney and Adelaide established the band at the heart of the mid 80s Australian metal scene, highlighted by the headline appearance at the 1986 Metal For Melbourne festival. Booked as a support for the Megadeth 1988 Australian tour, that opportunity was lost when the tour was cancelled. The high energy live performances were complimented by the 1985 independent release of the "Deathwish" EP and subsequent worldwide release in 1987 of the debut "Let Us Prey" album via Cleopatra records. During the recording sessions for a second album in late 1989 the decision was made to take a "short hiatus" - a break that led to the album never bring completed, and the following years were punctuated by rare live gigs with various line ups. Eventually the band decided enough was enough and returned to live performances with a focus on festivals and 'event' style gigs. The sellout comeback gig in April 2012 was followed by the main support in Melbourne for the Paul Dianno/Blaze Bayley Australian tour. 2015 saw the band head overseas to play in Osaka Japan, and ending the year headlining day one of the Steel Assassins Festival in Sydney. Early 2017 saw the band playing as part of the 30th anniversary 'Metal for Melbourne' festival. Line up changes again slowed the band after the MFM gig, but with the addition on James Davis on vocals and Stu Bedford on guitar the band spend most of 2019 and 2020 writing and recording. Late 2020 saw the first release of new Sacred vinyl in 33 years with the single "First World Problems". With a wealth of experience, a bucket load of riffs and a renewed energy, one of Australia's longest running metal band are back.
back to top