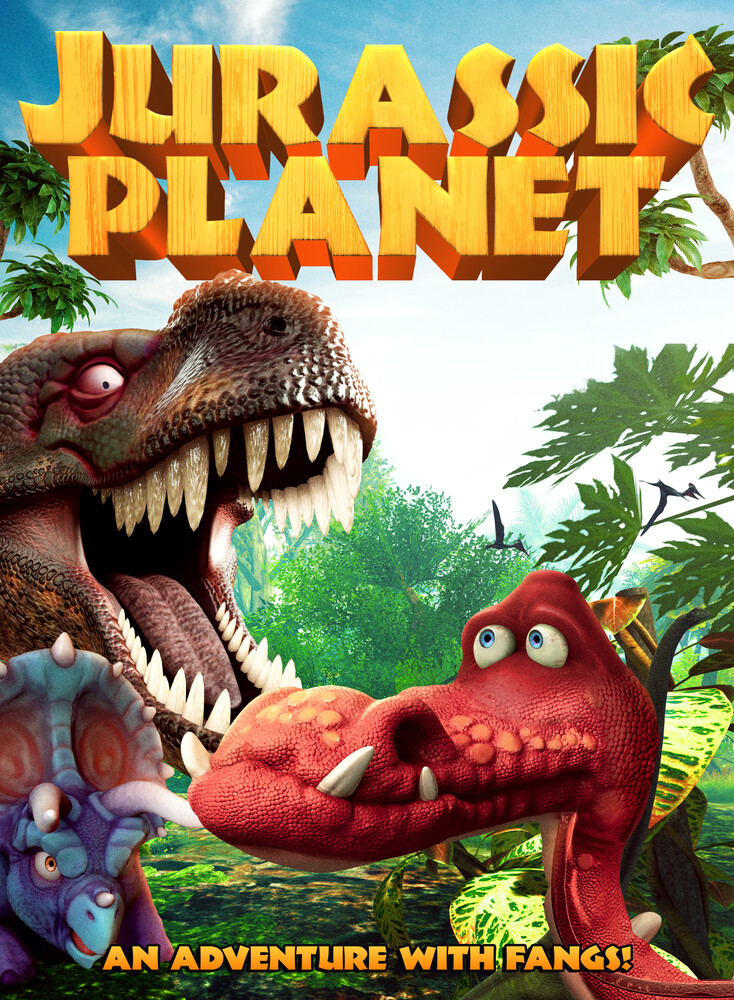 Meet Oki, a baby human separated from his parents when a T-Rex attacks his village. When Oki befriends a baby triceratops named Kona is friendship at first sight and Kona's mother, Kirma adopts the lost cave boy. She enlists the help of a goofy velociraptor named Fang who teaches Oki the ways of the Dinosaur Kingdom. But when the malevolent T-Rex Snarl finds out about the cave boy, he demands the other dinosaurs turn him over to him. When the dinosaurs refuse, Snarl promises the Dinosaur Kingdom will pay the price for it's insolence. Understanding Snarl's threat, the wise Kirma sends Oki and Kona on an adventure to find an ancient dino named Spiker who lives in the treacherous Badlands. When Oki and Kona reach the Badlands, Spiker reveals the legend of Skull Mountain, where hides a precious and magical stone, the only object that can stop Snarl. With Snarl and his devious sidekick Tyrone close on their heels, Oki and Kona will have to find the stone or face the end of their beloved Dinosaur Kingdom! Enter the magical world of Jurassic Planet!