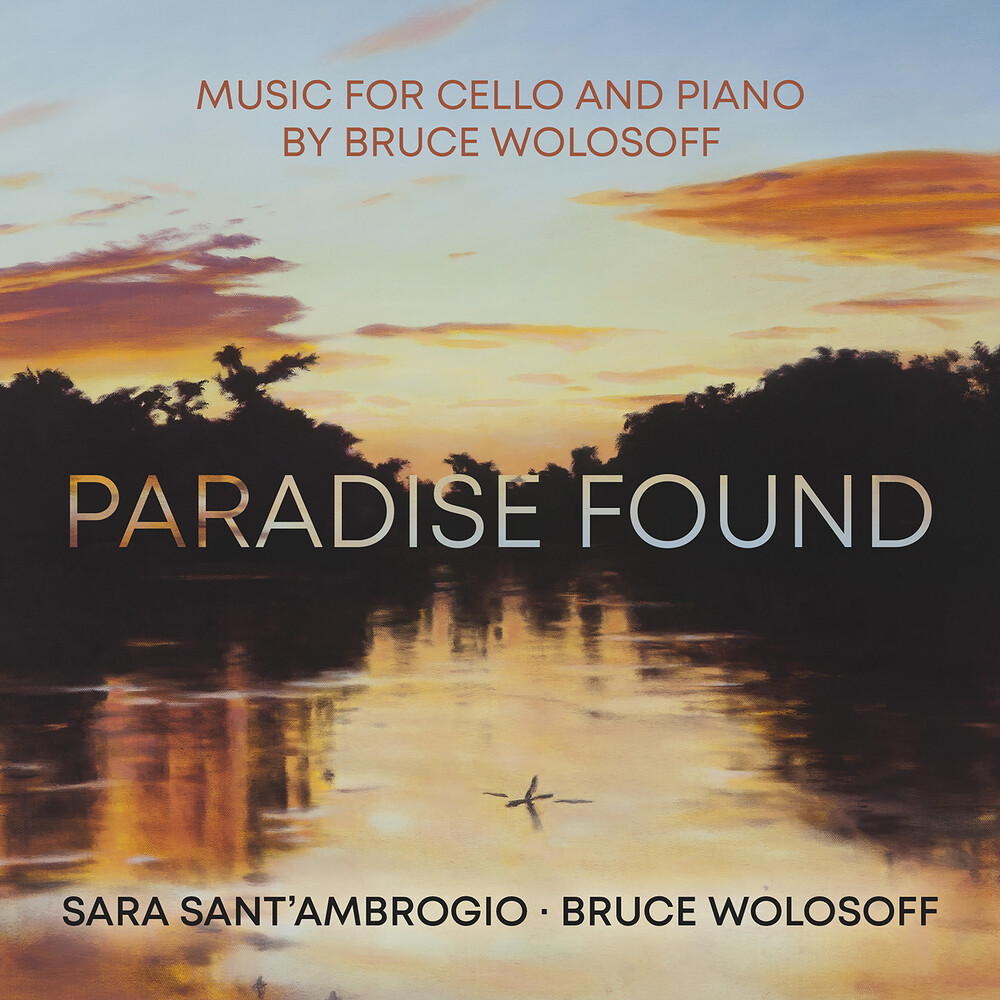 The distinguished New York-based composer-pianist Bruce Wolosoff synthesizes traditional tonal idioms with lifelong enthusiasms for jazz, blues, and rock music, creating a distinct musical language that speaks to the heart, but is unmistakably contemporary. His soaring, soulful melodies are strikingly suited to the cello, "in some ways my favorite instrument," admits Bruce, "after my own of course." For Paradise Found, Bruce reunites with Grammy Award-winning cellist Sara Sant'Ambrogio - the pair previously collaborated on Bruce's Cello Concerto, a Top 10 Billboard Classical chart hit - for the first recordings of his two Cello Sonatas, and two miniatures Circe and The Woods. Paradise Found is indelibly inspired by the splendors of the natural world. The title track - Bruce's first cello sonata - was composed under the shadow of 2020's first COVID lockdown and serves as an affirmation of lasting beauty when the world was plunged into a very dark place. "In composing this piece," Wolosoff reveals, "I wanted to remind myself, and future listeners, that the world is still beautiful." Bruce's second cello sonata, "Requiem for the Planet," is a musical response to climate change. With movements titled 'Song of the Earth,' 'Requiem Aeternum,' 'The Great Waters' and 'Epilogue: I have loved this world so dearly,' the work is a sort of musical requiem in sonata form. But it is not without hope. Bruce acknowledges, "It is my most fervent wish that this beautiful, ephemeral world will endure throughout my children's lifetimes." The album concludes with two "encores" - Circe inspired by the sorceress in Homer's The Odyssey, and The Woods, after a drawing by Bruce's friend April Gornik, whose beautiful paintings adorn the album's booklet.
This website uses cookies to personalize content and analyse traffic in order to offer you a better experience.
I accept Learn More
back to top