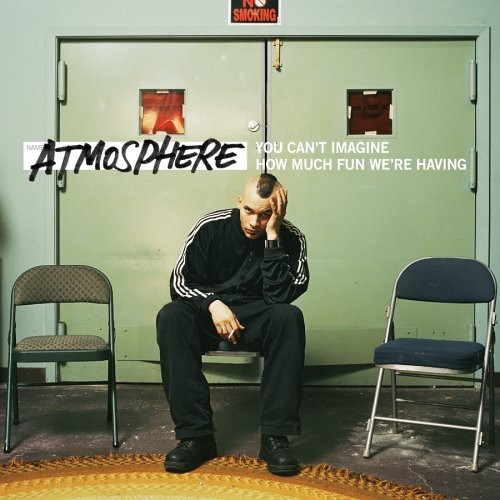 You Cant Imagine How Much Fun Were Having
Artist: Atmosphere
Format: CD
New: Available $14.98
Wish

Atmosphere is the highest selling act amongst the new burgeoning underground hip hop scene. With a career built on four albums, dozens of side projects and seven years of touring, Atmosphere is back with their 5th album YOU CAN'T IMAGINE HOW MUCH FUN WE'RE HAVING. After eight years of creating music, together and two years since the successful release of Seven's Travels, Slug and Ant return with their greatest effort to date.

''You Can't Imagine How Much Fun We're Having'' is the fourth full-length album by Minneapolis hip hop group Atmosphere, released on October 4, 2005 through Rhymesayers Entertainment. It was met with favorable reviews, receiving a score of 77 from 15 reviews on music review aggregator Metacritic.. The opening track "The Arrival" appeared on EA Sports' Fight Night Round 3. - Wikipedia

So self-obsessed and sexy that lazybrains peg him as "emo rap," Minneapolis MC Slug appears to have grown-just a lil bit. When it comes to relationships-once his bane-he's sliced the "dis" off of "dysfunctional," while producer Ant makes sure to preserve the "funk." Hip-hop maturity-whatta concept.