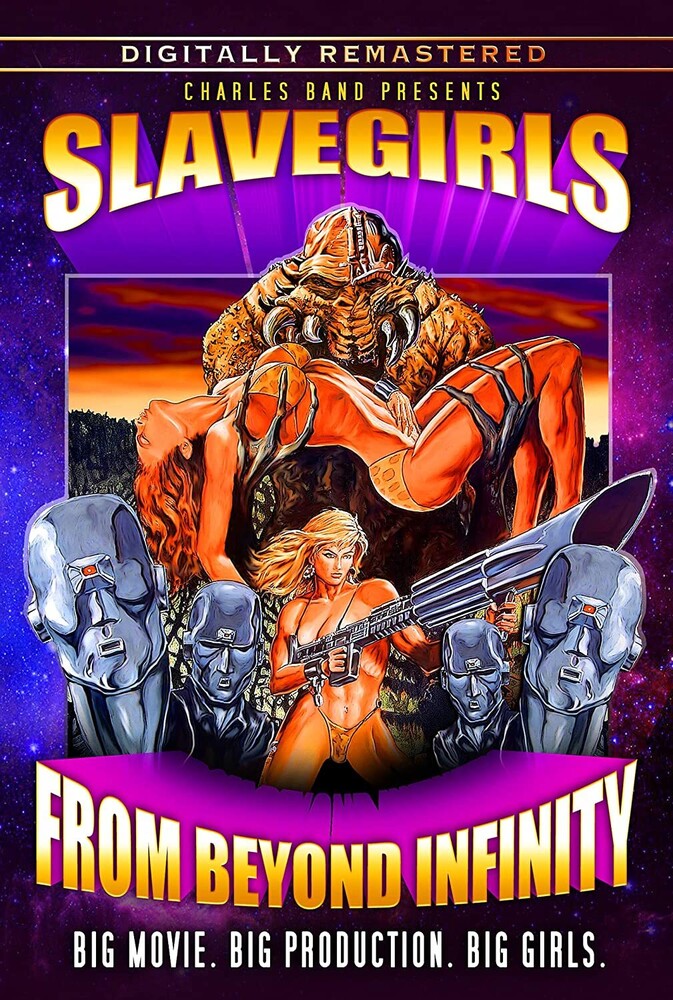 Full Moon drags you back to the cosmos for carnal thrills, human-hunting chills and sci-fi spills in the 1987 cult classic SLAVE GIRLS FROM BEYOND INFINITY, a controversial and campy riff on Richard Connell's oft-adapted story THE MOST DANGEROUS GAME but set in space. With boobs! Busting loose from an intergalactic prison, buxom inmates Daria and Tisa flee to an uncharted planet where they're taken in by the reclusive alien aristocrat Zed and his robot henchmen. There, they meet other stranded travelers who are being "kept" by their scar-faced host, under the guise of being guests. After wandering into Zed's gruesome trophy room and seeing the head-mounted fates that previous visitors have met, the ladies soon discover that they are to be used as game in a pulse-pounding race to the death! SLAVE GIRLS FROM BEYOND INFINITY became a hot-button film when North Carolina senator Jesse Helms used the movie as an example of the perversity waiting to warp young minds on late-night cable. Naturally, Helms' crusade only propelled the film's popularity with curious - and horny - teenage boys. With a cast that includes such scream queen faves as Elizabeth Kaitan (FRIDAY THE 13th VII, SAVAGE DAWN) and Brinke Stevens (NIGHTMARE SISTERS, SOLE SURVIVOR), SLAVE GIRLS FROM BEYOND INFINITY is a weird, wild and sexy sojourn into retro-80's B-movie delirium!