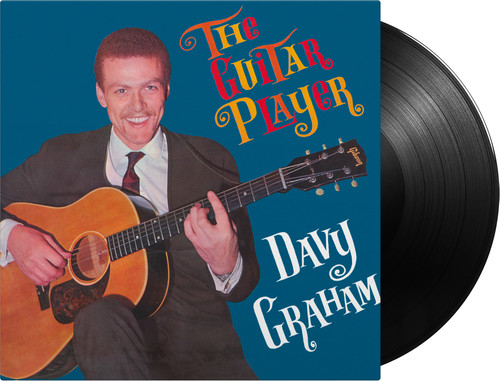 The Guitar Player was Davy Graham's first full length LP, after releasing his EP _ A.D. two years earlier. This unique album combines his interesting and virtuoso guitar play with some excellent arrangements. With his guitar style he contributed to the musical changes in the early 1960s, where blues, rock and folk started to play a more prominent role in the music scene. The man crosses into blues, jazz, folk, Arababic music and more, often in the same song. It's an essential album and one of the greatest instrumental acoustic guitar records released in the 1960's.British guitar virtuoso Davy Graham inspired a multitude of artists such as Paul Simon, Jimmy Page and Jimi Hendrix. Combining different music genres, Graham proved to be one of the 20th century's most versatile guitarists and songwriters.