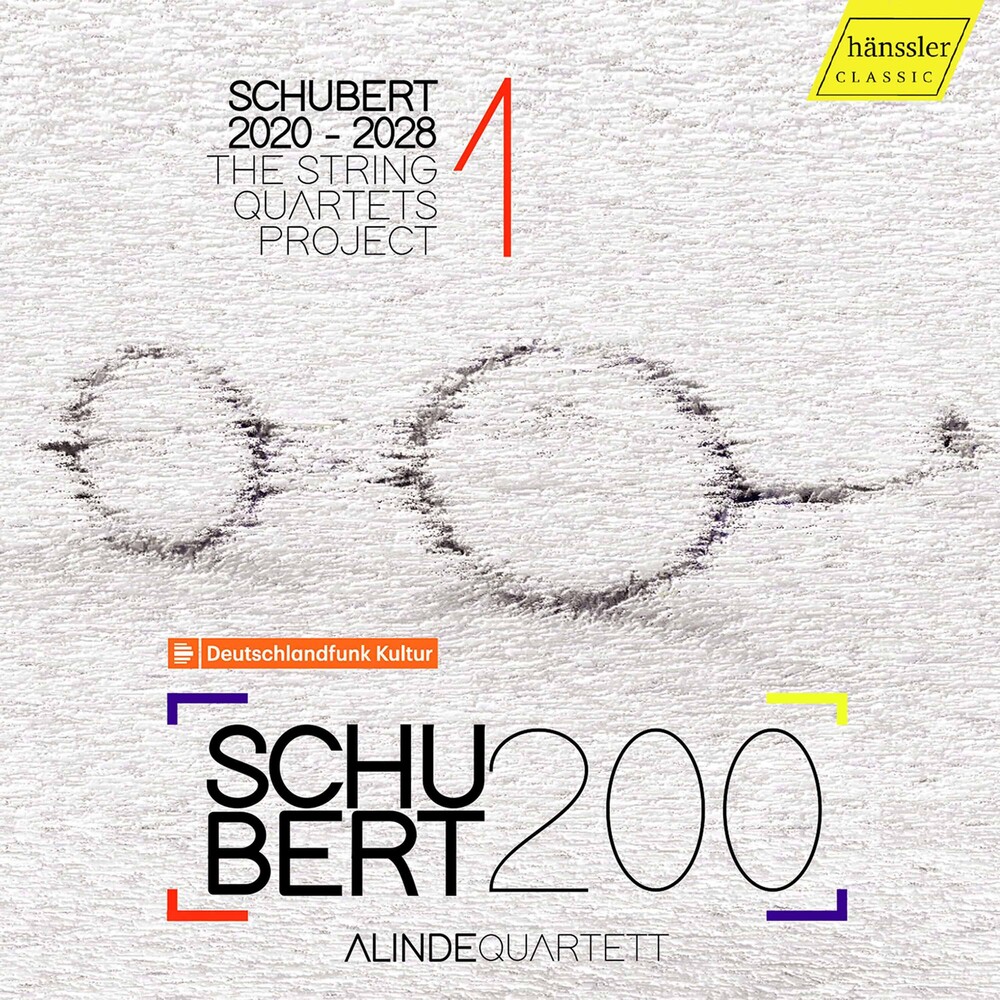 This is the first volume in the Schubert String Quartets Project. "We take our name from a song of Franz Schubert. 2018. Summer in Italy. For the first time, the thought occurs to us to record Schubert's string quartets. Not particularly imaginative, one could say. But we couldn't shake it. Excitement overtook us, we were rapt. Euphoria. Soon the course was set: in 2028 the world will commemorate Schubert's 200th year of death. We record all of the string quartet's from his pen until then. A journey, a challenge. From the 13-year-old's first work until the herculean, celebrated G major Quartet from his last year of life, 18 years later. Time was short for Schubert. He was, as his friend noted, "inhumanly industrious." We begin. On every release, the Schubert quartets appear alongside a new work. In total we are commissioning six composers. The guidelines: Alinde. Nothing more. We met the first of our composers Thomas Kotcheff two years ago at the Festival d'Aix-en-Provence." (Alinde Quartett)