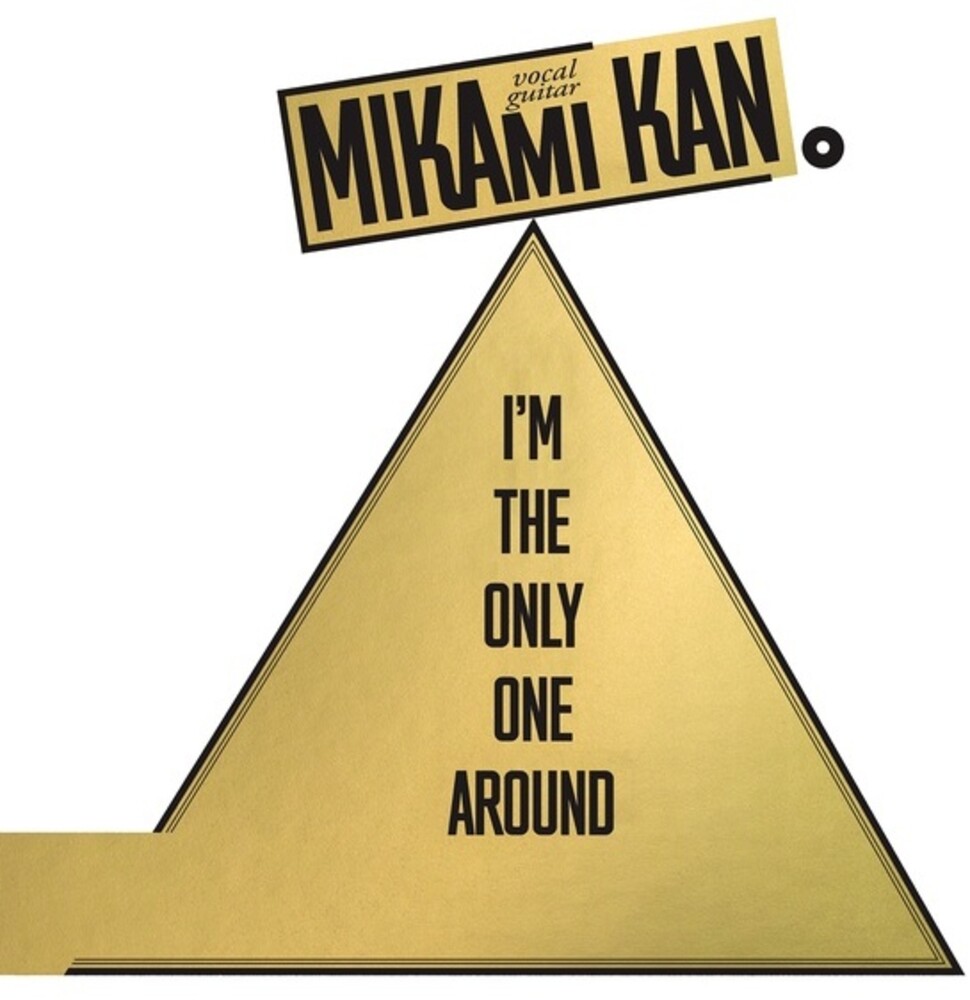 I'm the Only One Around
Artist: Kan Mikami
Format: Vinyl
New: Available $26.98
Wish

For 50 years, Kan Mikami has stood as a master of the Japanese blues and outsider folk. His unmistakable, powerfully evocative voice and surrealistic poetry reveal a gritty, transgressive life on the margins shot through with evocations of sex and violence, religion and romance. Released in 1991, I'm the Only One Around was Mikami's first album with Tokyo's legendary P.S.F. label and heralded an artistic renaissance. It marked the beginning of an incredibly productive and wildly creative era for Mikami that extends to the present day. This opening salvo presents the essential core of Mikami's music; With nothing but his voice and a stripped-down electric guitar, the album is a powerful, effortlessly emotional statement filled with moments of both brutal passion and gentle revelation. It is unrestrained, direct, brutally honest. It embodies Mikami's philosophy: "If you're going to make music, stake your life on it - it's worth it. Making music is an intensely human act." In the newly translated notes to the album, Hiroyuki Itsuki, one of Japan's most renowned writers perhaps put it best: "What erupts here is all the fury and grief of Jomon Man (the prehistoric people of the Japanese archipelago), lobbed into the middle of a 1990s city. Kan Mikami is unchanging, yet definitely in motion. He advances not forwards, but backward. Not a retreat, rather he consciously progresses backward. At the final destination for his full-steam astern poésie lies a massive, gaping black hole, exuding a dazzling, black light. This is the image evoked by the world of Kan Mikami that you can hear on this album." Mikami would go on to release 15 solo albums with P.S.F. as well as numerous collaborative efforts with other giants of the Japanese underground including Motoharu Yoshizawa, Masayoshi Urabe and Keiji Haino, with whom, along with Toshiaki Ishizuka he formed the group Vajra. Black Editions is honored to present the first-ever vinyl edition of Kan Mikami's "I'm the Only One Around" featuring lyrics translated by Drew Stroud and newly translated notes by Alan Cummings. Remastered and cut to vinyl at Elysian Masters Los Angeles, pressed by RTI, packaged in heavy Stoughton tip-on jackets with an insert featuring textured paper, gold foil stamping and metallic inks.