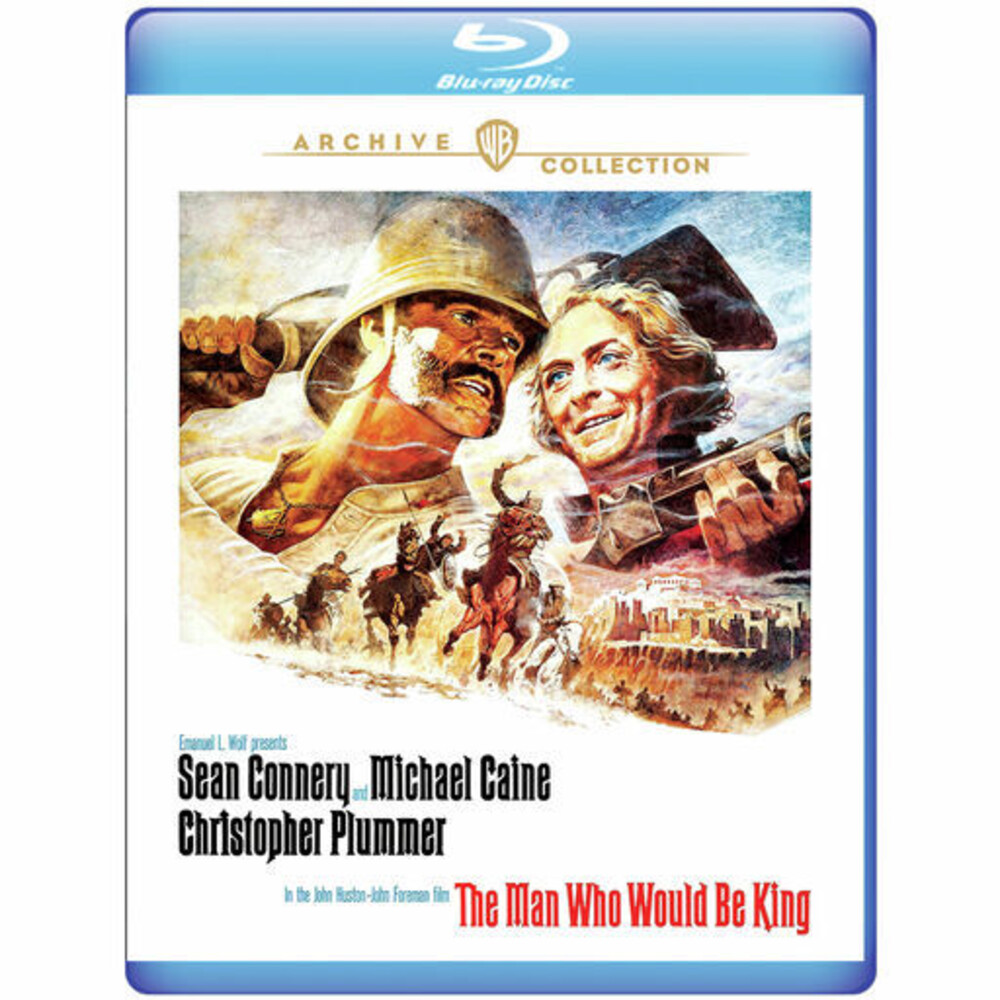 Based on a Rudyard Kipling story and packed with spectacle, humor, excitement and bold twists of fate, John Hustons film of The Man Who Would Be King earns it's crown as an epic like no other. One of the screens great adventure yarns (Danny Peary, Guide for the Film Fanatic). Sean Connery and Michael Caine chins out, shoulders squared and with a sly wink star as British sergeants Danny Dravot and Peachy Carnehan. The Empire was built by men like these two. Now they're out to build their own empire, venturing into remote Kafiristan to become rich as kings.