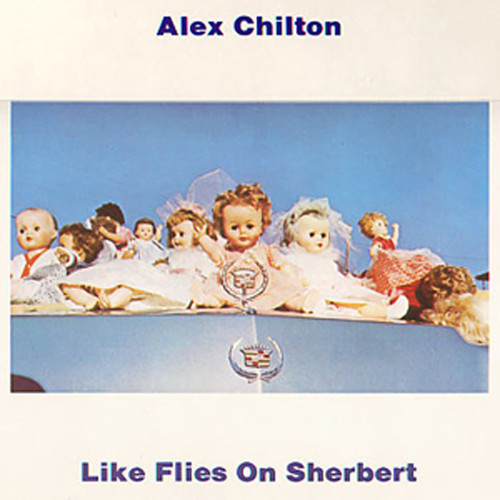 Vinyl Lovers present a reissue of Alex Chilton's Like Flies On Sherbert, originally released in 1979. A step beyond the pop-perfection of Big Star lay Chilton's darker side. His 1979 solo effort was a both brilliant and flawed drug-fueled examination of his own country roots in search of a new direction. Through songs by Ernest Tubb, Jimmy C. Newman, Roy Orbison, and K.C. and the Sunshine Band, as well as some originals, Chilton produced a looser album that allowed his new found creativity to flow through the many cracks, simultaneously dividing fans into two camps: the Big Star purists, and the ones who were able to see the genius on the flip side of it's demise. Includes four bonus tracks. 180 gram vinyl.