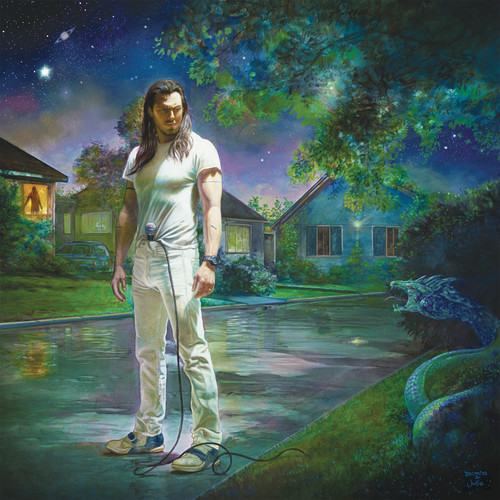 You're Not Alone
Artist: Andrew W.K.
Format: CD
New: Not in stock
Wish

2018 release. You're Not Alone is the fifth studio album from controversial musician Andrew W.K. "I'm going for the sound of pure, unadulterated power," says Andrew W.K. of the album. "Every emotion, every thought, every experience, every sensation, every fear, every joy, every clarity, every confusion, every up, every down... all extruded and concentrated into one thick syrup of super life-force feeling, and then psychically amplified by the celebratory spirit of glorious partying." After gaining initial attention with the 2000 EP Girls Own Juice, Andrew W.K. rose to prominence with the release of his debut studio album I Get Wet in November 2001. In the years following it's release, Andrew has also undertaken a number of other musical and non-musical ventures such as television and radio work, including a stint as host of the TV series Destroy Build Destroy, motivational speaking, and writing.
back to top