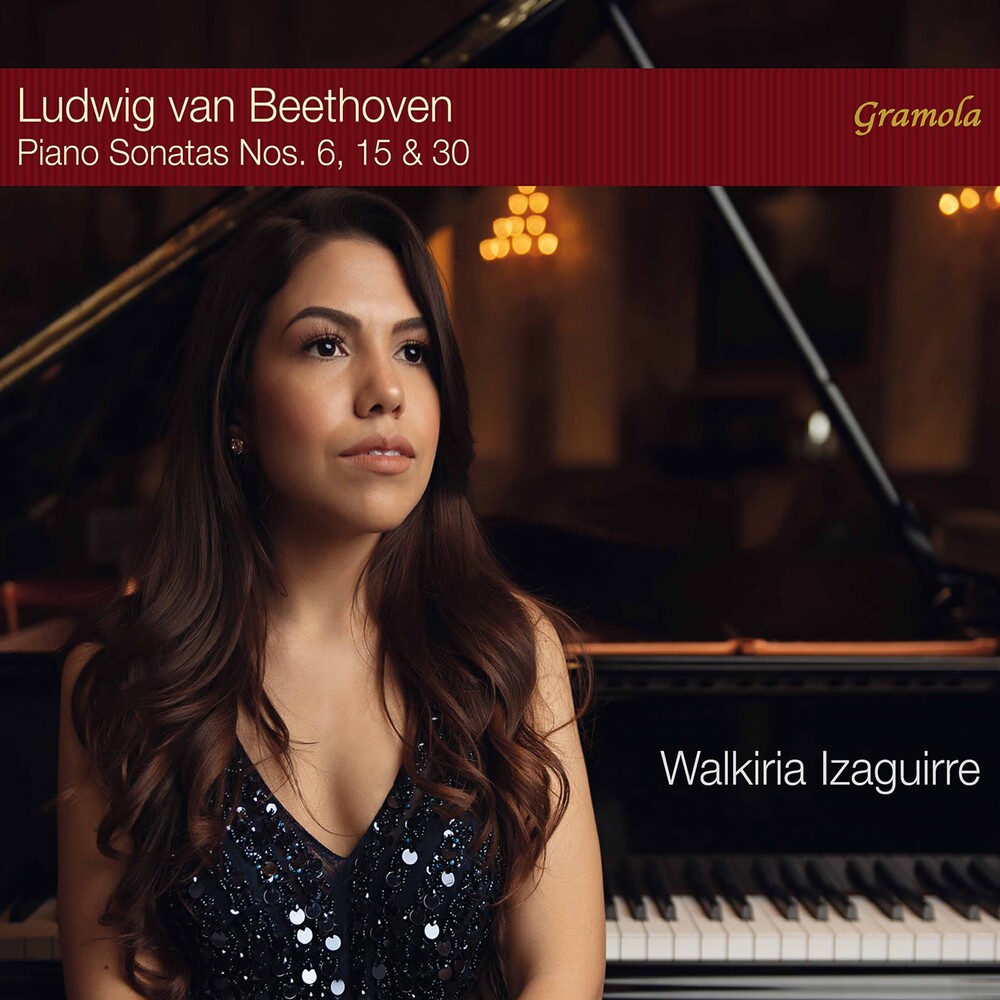 The young, Venezuelan pianist Walkiria Izaguirre who received her musical training in Vienna presents her debut album with a pure Beethoven program, which features an early, a middle and a late piano sonata and thereby gives an overview of the master's oeuvre. In her own words, this album is a tribute to one of the most important figures in the history of music, whose musical creativity would reach an unexpected and wonderful development towards freedom and individual expression for eternity. The sonata in F major Op. 10/2 was called one of Beethoven's most joyful works by Paul Badura-Skoda, the sonata in D major Op. 28 described by him as gentle, idyllic and light-filled to the brim, perhaps a response to the gloomier previous "Moonlight" sonata, a rejection of depression, a move towards friendlier climes, and is also called the "Pastoral" sonata. Finally, the sonata Op. 109 is kept in the 'mystical' key of E major, expressing exhilaration, rapture, earthly, and heavenly love. The variation movement's theme is proof that, despite some contemporary critic's judgement, Beethoven was indeed capable of writing beautiful melodies.