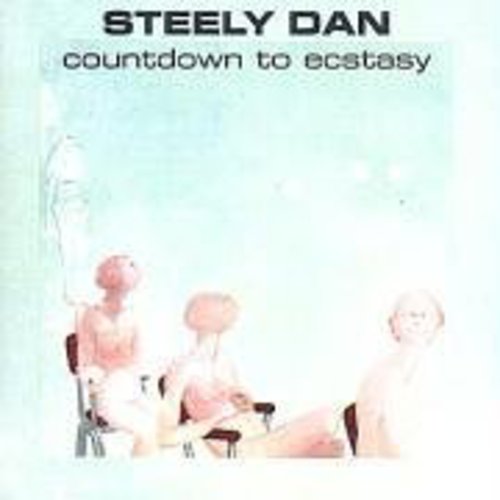 Steely Dan's songwriter/musicians Walter Becker and Donald Fagan were "anti-rock & roll," defying all it's conventions with their sly lyrics and jazz/R&B leanings. 1973's Countdown to Ecstasy was a hit with the critics, but failed to generate a hit single, even though the reluctant band supported it with a tour - their last. Over the years, most fans agree that it's the best Steely Dan LP ever. The gold album includes the tracks "Bodhisattva," "My Old School" and much more.

''Countdown to Ecstasy'' is the second album by rock group Steely Dan, released in July 1973. The album was written and recorded in rushed sessions between live concerts and produced two Billboard Hot 100 hits, "Show Biz Kids" and "My Old School," which have continued to be popular both on radio and in concert.

The album was originally released in two-channel stereo and also in a special four-channel quadrophonic mix. There are some significant musical differences between the two mixes.

The song "My Old School" was reportedly inspired by an incident during some of the band members' college attendance. In its March 24, 2006 edition, ''Entertainment Weekly'' details a return trip to Bard College in Annandale-on-Hudson, New York by Donald Fagen, in which he describes a raid by sheriff's deputies in May 1969. Fagen, Steely Dan bandmate Walter Becker, and some 50 other students were arrested. Charges were dropped, but the harassment was the origin of the grudge alluded to in "My Old School." Fagen was reportedly so upset with the school being complicit with the arrests that he refused to attend graduation. The same article speculates that a Bard professor's wife, Rikki Ducornet, was the inspiration for "Rikki Don't Lose That Number."

A live version of the song "Bodhisattva" was used as the B-side for both of the band's 1980 singles, "Hey Nineteen" and "Babylon Sisters."

Both "Bodhisattva" and "My Old School" are playable tracks in the video game ''Rock Band 2''.

The cover art to the album originally included only the three pink figures seated up front, but because there were five musicians who played on the album (they are pictured on the back) the two ghostly figures to the left were added by the record company to "balance" it out. - Wikipedia