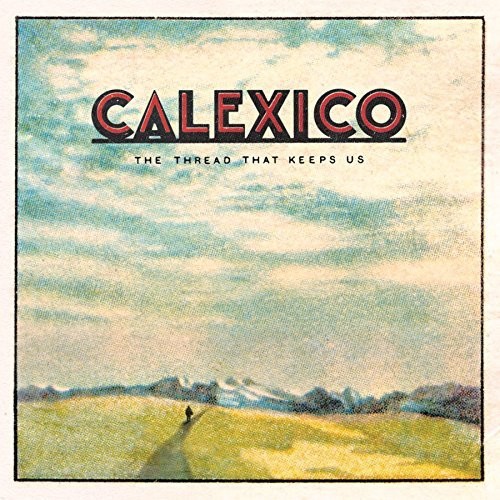 Over the past two decades, a strong sense of place has shaped the music of CALEXICO, infusing their albums with a stylistic unpredictability and richness of texture. While 2015’s Edge of the Sun brought the Tucson-bred band to the Mexico City borough of Coyoacán, their new full-length The Thread That Keeps Us mostly came to life in a house studio near the Northern California coast nicknamed “The Phantom Ship” by CALEXICO vocalist/guitarist Joey Burns and drummer John Convertino.

Like “End of the World with You,” much of The Thread That Keeps Us captures the anxieties and unease of living in tumultuous times. While the album draws a kinetic energy from all that uncertainty, its lyrics unfold with a literary nuance and sense of setting and character. “Instead of writing straight-up protest songs, I want to tell stories,” Burns says. Largely inspired by his wanderings around Northern California during the album’s production, the narratives embedded in The Thread That Keeps Us reflect on displacement, transitory existence, and—in Burns’s words—“returning to your home after being gone for some time and seeing how things have changed, and maybe not in the best way.”

Calexico - End Of The World With You [Official Lyric Video]