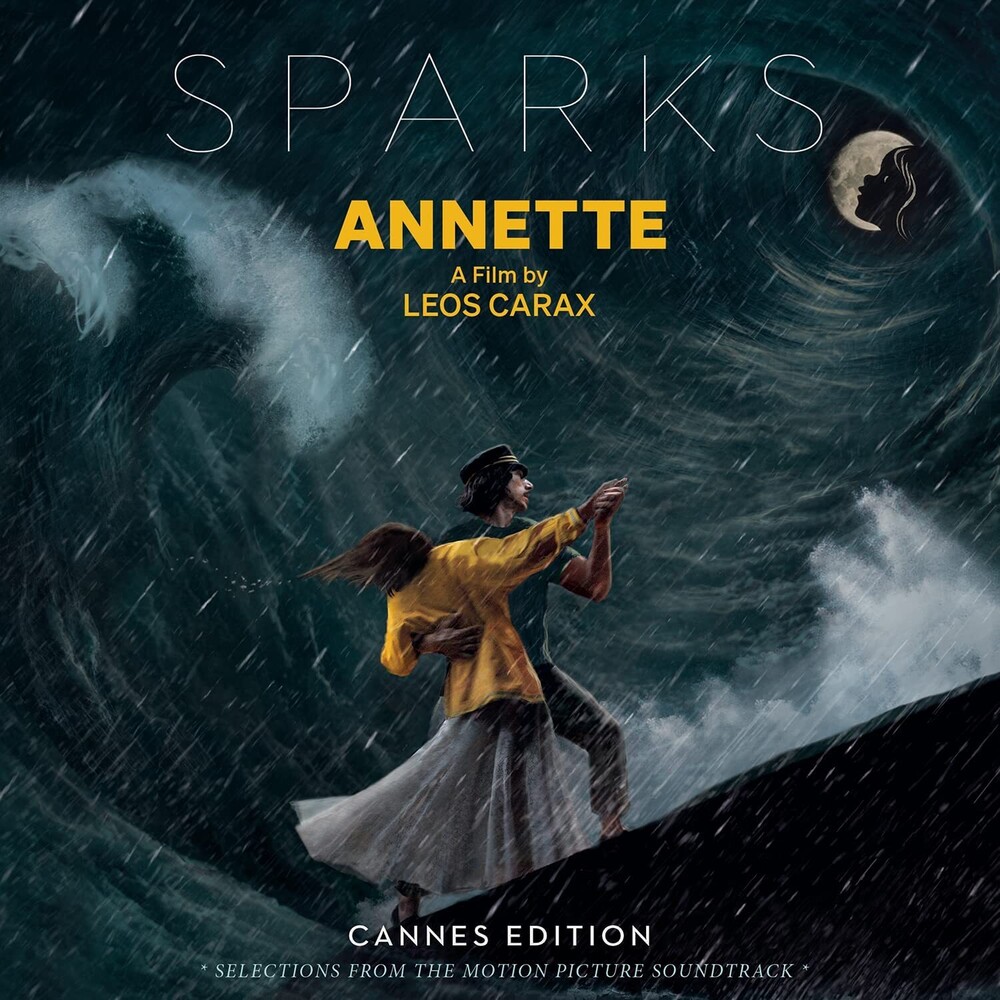 2021 release. Annette (Cannes Edition - Selections From The Original Motion Picture Soundtrack) is an album of music by legendary art-pop duo Sparks from the forthcoming musical film. Set to open the 74th annual Cannes Film Festival, Annette marks the first English-language film from visionary director Leos Carax, with music by Sparks' Ron and Russell Mael and based on their original story. With a career spanning over five decades and 25 albums, Sparks is recognized as a groundbreaking pioneer in pop music and contemporary songwriting. Yet another reminder of their everlasting influence and innovation, the story of Annette, originally intended to be a Sparks studio album, was developed with director Leos Carax after a meeting at the Cannes Film Festival in 2013. The final soundtrack collection features lyrics co-written by Sparks and Leos Carax, performed by Sparks and the cast of Annette and produced by Sparks.