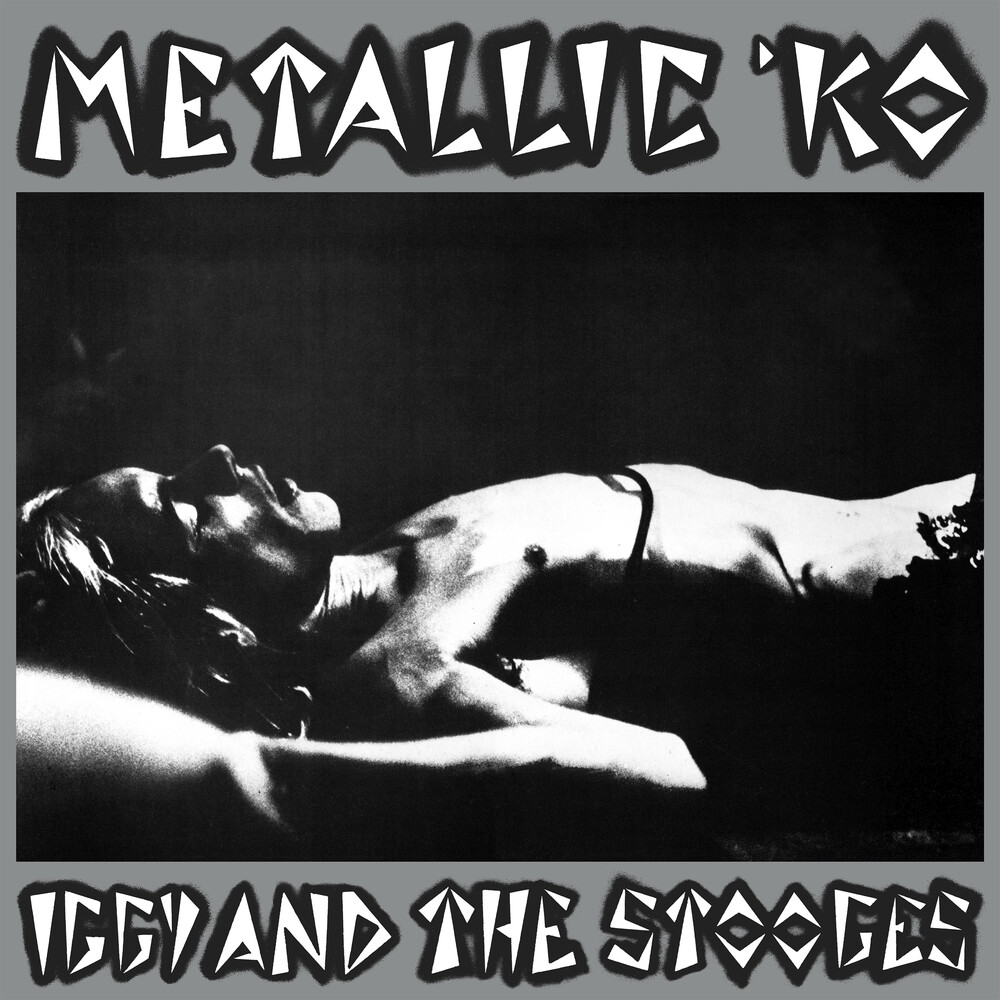 IGGY and the STOOGES 'METALLIC K.O.'The Original 1976 Album - the notorious 'Last Ever Iggy & the Stooges Show'!'METALLIC K.O.' is the remarkable album of Iggy & The Stooges confrontational 'last ever gig' (until their reunion almost 30 years later). Effectively the fourth Stooges album with then brand new and unheard songs, it was released in 1976 three years after 'Raw Power' while Iggy was in limbo. Soon after the gig Iggy checked into a mental hospital.The sound of kamikaze Iggy provocatively abusing his audience and then dodging eggs and bottles thrown by a biker gang enhanced Iggy's reputation in the embryonic punk scene as the Punk Godfather. Nothing like it had been heard before. It became a must-have album in the energing punk scene and out-sold the first three Stooges album.It is now re-issued on vinyl with the original LP track list - previously it had been extended to a double-CD with the complete 1973 & 1974 shows it was taken from. In the 2007 CD re-mastering, an original tape-speed error was discovered and corrected - so now for the first time on vinyl the album can be heard at the correct pitch.The album contains Iggy Pop's story of the events surrounding the gigs as well as contemporaneous reports from Nick Kent, Giovanni Dadomo and Lester Bangs. An essential album in Iggy's history.Nick Kent said: 'I'm convinced that side two is a masterpiece' and Lester Bangs said: 'It's the only rock album I know where you can actually hear hurled beer bottles breaking against guitar strings'.Tracks: Raw Power; Head On; Gimme Danger; Rich Bitch; Cock In My Pocket; 'Iggy Talks'; Louie Louie. Live at Michigan Palace Detroit, Oct 73 & Feb 74