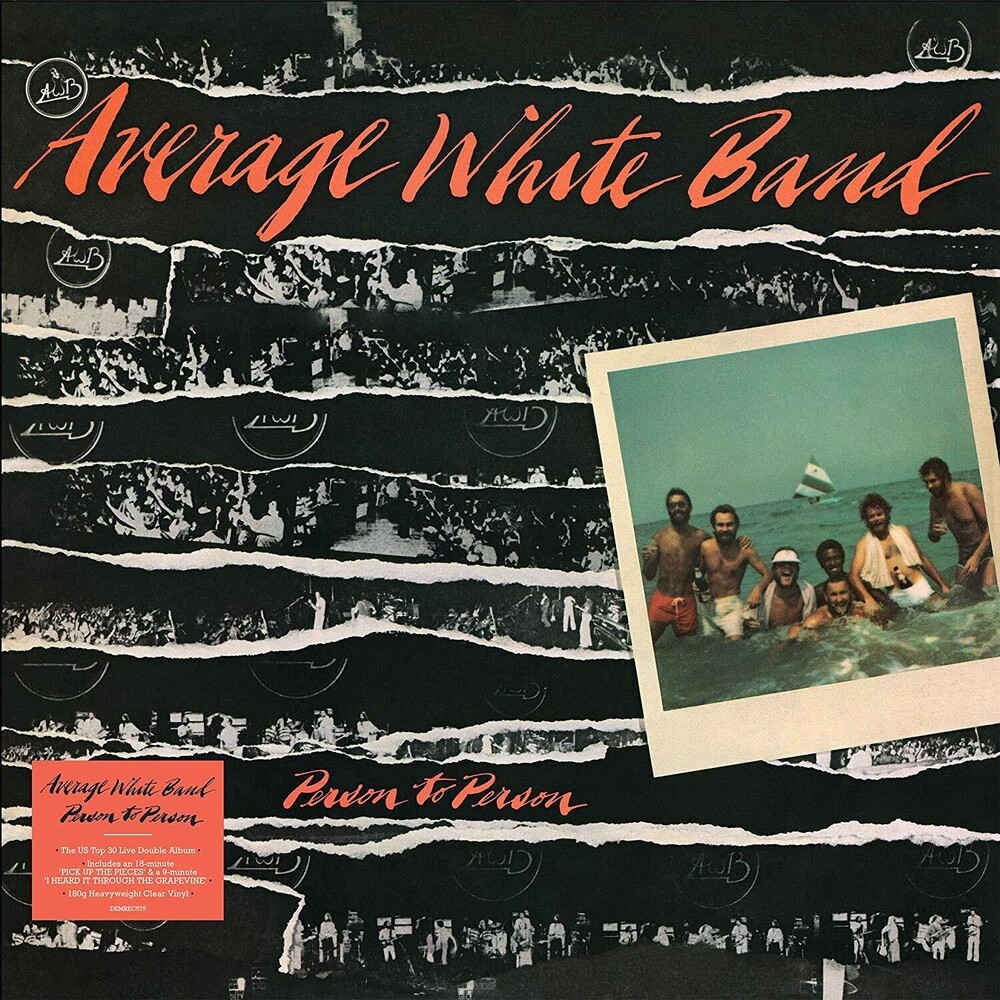 Limited 180gm clear vinyl LP pressing. Widely and rightly regarded as one of the best ever soul and funk bands, the now legendary Average White Band tore-up the rule book and conquered the US, UK and international charts with a series of soul and disco hits between 1974 and 1980. AWB's repertoire has been a source of inspiration and influence for many R&B acts and they are one of the most sampled bands in history, remaining relevant today, continuing to reach new generations of younger audiences. Snoop Dogg, Fatboy Slim, Ice Cube, Puff Daddy, TLC, Rick Ross, will. i. am and Mark Ronson amongst countless others, have all borrowed sections of their grooves. 'Person To Person' is the 5th album by AWB, originally released at the end of 1976. The Double album was recorded live during their Sold-Out US Tour at Tower Theater and The Spectrum, Philadelphia and at The Syria Mosque, Pittsburgh; The Coliseum, Cleveland. It was produced by Atlantic's legendary producer, Arif Mardin and reached #28 in the USA. 'Person To Person' includes an 18-minute funk/jam of 'Pick Up The Pieces' and a 9-minute extravaganza in 'I Heard It Through The Grapevine'.